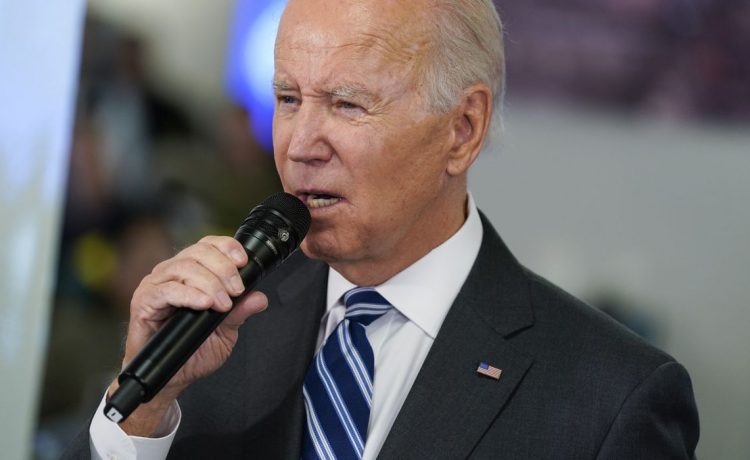 The Biden administration says it will impose “swift and severe costs” on Russia for widely discredited referendums earlier this week that resulted in the claimed annexation of four Russian-occupied regions of eastern Ukraine.

Officials said their efforts are supported by fellow Group of Seven nations and should serve as a stark warning: “There will be costs for any individual, entity or country that provides political or economic support to Russia as a result of its illegal attempts to change the status of Ukrainian territory.”

The White House announced the new round of punishment Friday after Mr. Putin signed decrees that declared four regions in Ukraine — Donetsk, Luhansk, Kherson and Zaporizhzhia — as parts of Russia, hoping to give his invasion a legitimate sheen as the U.S., NATO and Western allies declared the move illegal.

“This is the will of millions of people,” Mr. Putin said. “This is their right, their inalienable right.”

He complained about the West treating Russia as a “colony” and past military ventures by the U.S., citing its use of nuclear weapons in World War II as setting a “precedent.”

“Everything will be Ukraine,” Mr. Zelenskyy posted on this Telegram channel Friday.

In the U.S., the Treasury Department said it is sanctioning 14 international suppliers for supporting Russia’s military; immediate family members of senior Russian officials; and 278 members of Russia’s legislature.

Treasury officials also targeted  Elvira Sakhipzadovna Nabiullina, the governor of the Central Bank of the Russian Federation (CBR) and a former adviser to Mr. Putin, and Olga Nikolaevna Skorobogatova, the first deputy governor of the CBR.

The State Department is imposing visa restrictions on Ochur-Suge Mongush for a “gross violation of human rights” against a Ukrainian prisoner of war, plus 910 other persons, including members of the Russian Federation military, Belarusian military officials and Russia’s “proxies violating Ukraine’s sovereignty.”

The Commerce Department said it will apply export controls on third-party nations that attempt to supply the Russian and Belarusian militaries or backfill technologies and supplies that are prohibited by the United States and the 37 partner countries that imposed similar controls.