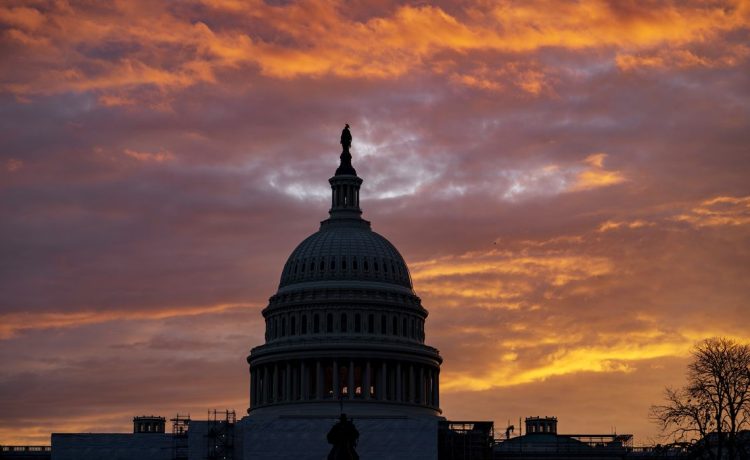 Republicans are staring at a slate of “what if” questions as they tried to figure out why their chance to steamroll Democrats in the midterm elections failed to materialize.

For many, the answer came back to former President Donald Trump, who saddled them with iffy candidates and iffy election stances that didn’t play well with a majority of voters.

“If they would’ve just woke up 12 months ago, and stopped taking his lead and took the lead of what real Republicans, real conservative policies meant, and mattered, we’d be in a different place,” Georgia Lt. Gov. Geoff Duncan, a Republican, said Wednesday morning on CNN as he surveyed the electoral battlefield.

Control of both the House and Senate remained in doubt Wednesday, with ballots in key races still being tallied. Analysts still gave the GOP a slight edge to control the House next year but said control of the Senate could come down to a runoff election next month.

It was far from the shellacking the GOP had hoped to administer to President Biden and his party.

He said the former president bungled the candidates he picked, foisting some bad matches onto states where they were running. Mr. Davis also said the president made the election too much about himself, cutting into the chief advantage Republicans had in making the election about President Biden.

“He ran dysfunctional candidates. Oz lived in New Jersey. Hershel Walker lived in Texas. He wanted people who had fealty to him and people didn’t want that. If he unloaded his money that would be one thing, but he didn’t,” Mr. Davis said. “He only cares about himself.”

Democrats said Mr. Trump was a major hurdle for Republicans, but they also said the party has harnessed itself to losing issues.

“Let’s face it, the culture wars that have been fed through the Supreme Court are backfiring,” said Jim Wertz, chair of the Erie County Pennsylvania Democrats. “What happened yesterday is women and young people showing up en masse to vote to protect their individual freedoms and rights.”

Analysts had predicted as much after the Supreme Court in June overturned the Roe v. Wade ruling that for decades had guaranteed a national right to abortion. But as summer turned to fall, those same analysts figured the effect of abortion was dissipating.

It turns out they were right the first time. Abortion was the second-most pressing issue on voters’ minds at 27%, according to the major broadcast networks’ exit polling. It trailed only the economy at 31%.

By contrast, crime, immigration and gun policy all clustered far below at around 10%.

Mr. Biden and fellow Democrats defied history in limiting their losses Tuesday. The president’s party has lost an average of more than two dozen House seats in midterm elections since World War II. They appear likely to land somewhere in the single digits for losses this year.

Democrats also recaptured blue territory with governorships in Maryland and Massachusetts, and fended off feisty challengers in House seats the GOP had figured were itching for a switch.

Yet the party also saw some of its next-big-thing stars take a tumble.

In Texas, Beto O’Rourke became a three-time loser, failing to oust Gov. Greg Abbott. That follows his 2018 loss to Sen. Ted Cruz and his disastrous foray into the 2020 Democratic presidential field.

In Georgia, Stacey Abrams, another Democratic hero of 2018, lost her rematch with Gov. Brian Kemp. Last time she claimed the election was stolen, but there was no such drama this time as Mr. Kemp bested her by 7 points.

That Georgia race gave fuel to those who wanted to blame Mr. Trump.

Even as Mr. Kemp easily won, Republican Herschel Walker was running roughly 5 points behind Mr. Kemp and was headed to a runoff with Democratic incumbent Sen. Raphael Warnock.

Mr. Duncan, who didn’t stand for reelection, said Wednesday that the election should mark a pivot point for the GOP.

“McConnell, on the other hand, whose job is to support Senate candidates, abandoned winnable races in New Hampshire and Arizona, and still the Arizona race is too close to call,” Mr. Budowich told The Washington Times in a statement. “As President Trump looks to the future, he will continue to champion his America First agenda that won overwhelmingly at the ballot box.”

Ford O’Connell, a strategist, said those criticizing Mr. Trump’s picks must confront the counterfactual that there weren’t other clearly better options for Republicans in many of the races where Mr. Trump is drawing scrutiny.

“Who else was going to take out Raphael Warnock?” Mr. O’Connell said. He said Mr. Trump delivered candidates who “were pretty much as good as we were going to get.”

Mr. O’Connell has ties to both the Trump camp and Florida Gov. Ron DeSantis and said the two men emerged as the powers in the GOP.

“The 2024 Republican presidential nominee is going to be a Floridian. I think the only question is, is it Donald Trump or Ron DeSantis,” he said.

For his part, Mr. Trump described the night as “A GREAT EVENING” on his social media site Truth Social, writing that “the Fake News Media, together with their partner in crime, the Democrats, are doing everything possible to play it down.”

On Tuesday night, he said his endorsement record this year was “174 wins and 9 losses.”

Analysts said those numbers included a lot of padding from races where the Republican nominee was going to win no matter who it was. In truly disputed races, Mr. Trump’s record was worse.

In New Hampshire, Mr. Trump backed Don Bolduc for the Senate and Karoline Leavitt, a former White House staffer, for the House. Both lost to Democratic incumbents.

But Steve Duprey, a former member of the Republican National Committee from New Hampshire, said Mr. Bolduc was “viewed as too erratic on issues, inconsistent and too much of a Trump candidate.”

“What you saw in New Hampshire, I think played out nationally,” Mr. Duprey said. “This country is a centrist, slightly right of center and they rejected extremely ballot measures and extreme candidates in a number of swing states.”

He said Republicans would benefit from a free-wheeling presidential primary in 2024 where Mr. Trump is free to run, but faces lots of other candidates with competing messages.

“President Trump would go [into the GOP nomination race] as a favorite with a big organization and a lot of supporters, but if you look at the result last night they may not have been a rejection of Trump, but they did send a signal that votes are looking for fresh ideas and a fresh messengers,” Mr. Duprey said.

Democrats had leaned into the Trump effect, spending their own money to bolster the “Trumpiest” Republicans in GOP primaries across the country.

David Dulio, a political scientist at Oakland University in Michigan, said that strategy paid off in races there, where Republicans failed to capture what had been seen as winnable races.

“I think that voters that Republicans need to win elections don’t give a rip about 2020,” Mr. Dulio said. “What they were looking for is a candidate to tell them how their lives were going to be improved if they voted for that candidate, and Republicans that focused on 2020 or methods of voting, all that sort of stuff, I don’t they were successful in many places.”

He also said abortion played a big role in Michigan, where a constitutional amendment to enshrine abortion rights was approved 56% to 44%.