What You need To Know About The 2022 Emmy’s Predictions 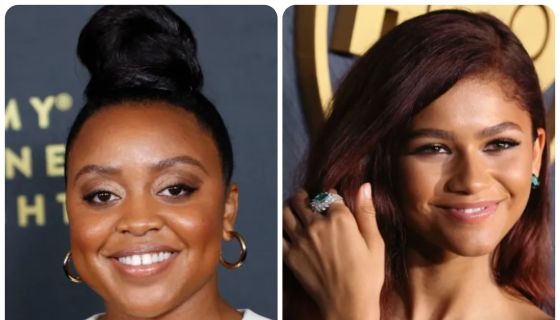 We’re rooting for everybody Black!

The 74th Primetime EMMY Awards are airing tonight and we’re crossing our fingers for some talented folks in particular. This year’s Kenan Thompson-hosted ceremony takes place live from the Microsoft Theater in downtown Los Angeles.

“Being a part of this incredible evening where we honor the best of the television community is ridiculously exciting, and to do it on NBC — my longtime network family — makes it even more special,” Thompson said in a statement when his hosting gig was announced. “Like all TV fans, I can’t wait to see the stars from my favorite shows.”

The show airs on NBC at 8 p.m. E.T but it will also stream on Hulu, YouTube TV, and live on NBC’s streaming service Peacock.

As we gear up for another award show that will include red carpet looks and standout moments,  we’ve put together some predictions of who we hope to see win.

ABC’s smash series Abbott Elementary is predicted as a strong contender for a host of comedy category nominations. According to Variety, after a slow start in December of last year, the series jumped more than 300% after 35 days of viewing across linear and digital platforms.

The witty mockumentary series follows the typical workday for an ensemble of Philadelphia elementary schoolteachers. The show’s creator, Quinta Brunson, has already made history as the first Black woman to be nominated in three comedy categories in the same year! Her nods include outstanding comedy series, lead actress in a comedy, and writing for a comedy series.

Not only does Brunson write and executive produce the program, but she also stars as the female lead, Janine Teagues. We’re hopeful that tonight will be extra special for Brunson who’s more than deserving of a win.

If she does win, she’ll be following in the footsteps of her successful series. Abbott Elementary already took home an EMMY earlier this month for Oustanding Casting For A Comedy Series during the 2022 Creative Arts EMMYS.

In addition to Quinta, we’d also love to see Sheryl Lee Ralph get her just due. The amazing actress is up for her very first EMMY nomination for her portrayal of Barbara Howard in Abbott Elementary.

Do you think the series will rack up more trophies tonight? We hope so.

Zendaya Should Win [Again] For Euphoria

Similarly, Zendaya is back steamrolling the EMMYs for her lead role in the teen drama series Euphoria. Zendaya is once again nominated for outstanding lead actress in a drama series and in 2020 made history by winning an EMMY for her role as Rue Bennett.

This year, the ex-Disney starlet is making history as the youngest two-time lead-actress nominee and youngest nominee for producing, as an executive producer on the HBO show, and she couldn’t be more excited.

Earlier this month Zendaya spoke to Vanity Fair about her reaction to the Emmy nods.

“The show obviously means so much to me and so much to everyone who makes it. People put their absolute heart and soul into this, and I am so lucky to share this with all of them. I’ve already talked to so many people on FaceTime, and I have a lot more texts to send out. But I am so proud of our team and the work we do together. I’m very, very proud.”

Euphoria itself was nominated for 16 Emmys total, second only to Succession among drama series.

We’re crossing our fingers that Zendaya has another big night.

Until we see what transpires during the 2022 EMMYs, check out the full list of nominees below!

Abbott Elementary (ABC)
Barry (HBO)
Curb Your Enthusiasm (HBO)
Hacks (HBO Max)
The Marvelous Mrs. Maisel (Amazon)
Only Murders in the Building (Hulu)
Ted Lasso (Apple)
What We Do in the Shadows (FX)

Best lead actor in a limited series or TV movie

Best lead actress in a limited series or TV movie

Best supporting actor in a limited series or TV movie

Best supporting actress in a limited series or TV movie

Best host for a reality or competition program

Arcane
Bob’s Burgers
Rick and Morty
The Simpsons
What If…?

The Andy Warhol Diaries
The Beatles: Get Back
jeen-yuhs: A Kanye Trilogy
100 Foot Wave
We Need to Talk about Cosby

My Next Guest Needs No Introduction With David Letterman (Netflix)
The Problem With Jon Stewart (Apple TV+)
Stanley Tucci: Searching for Italy (CNN)
VICE (Showtime)
The World According to Jeff Goldblum (Disney+)

Best writing for a drama series

Best writing for a comedy series

Quinta Brunson, “Pilot,”Abbott Elementary
Duffy Boudreau, “710N,” Barry
Alec Berg, Bill Hader, “starting now,” Barry
Lucia Aniello, Paul W. Downs, Jen Statsky, “The One, The Only,” Hacks
Steve Martin, John Hoffman, “True Crime,” Only Murders in the Building
Jane Becker, “No Weddings and a Funeral,” Ted Lasso
Sarah Naftalis, “The Casino,” What We Do in the Shadows
Stefani Robinson, “The Wellness Center,” What We Do in the Shadows

Best writing for a limited series or anthology series or movie