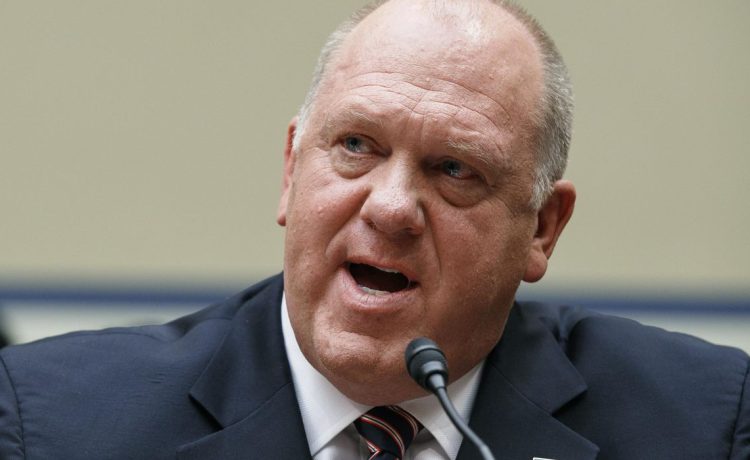 Border Patrol agents were ordered to release a convicted murderer because he had contracted the coronavirus and Homeland Security didn’t want to house him, according to a former high-ranking immigration official.

Tom Homan, who served as head of U.S. Immigration and Customs Enforcement in the Trump administration, said he was told about the release by a Border Patrol agent involved in the incident.

The agent wanted to become a whistleblower. Mr. Homan, in an interview last week with SiriusXM’s Patriot channel, said he directed the agent to House Republicans, who are about to take control of the chamber and its committees, giving them the ability to showcase the complaints.

“Right now, several Border Patrol agents have contacted me and wanted to become whistleblowers. I turned them over to Jim Jordan’s office to be processed,” Mr. Homan told The Washington Times’ Kerry Picket, who was hosting the channel’s “Wilkow Majority” program. “So whistleblowers within DHS have already come out, and they’re already being processed to give their testimony.”

Mr. Jordan is a Congress member from Ohio who is expected to become chairman of the House Judiciary Committee next year. His office didn’t respond to inquiries from The Times.

Mr. Jordan and Rep. James Comer, in line to become chairman of the House Oversight and Reform Committee, have been tasked with leading an investigation into Homeland Security Secretary Alejandro Mayorkas. The outcome of that investigation could lead to an impeachment inquiry, said Rep. Kevin McCarthy of California, the chamber’s top Republican.

Mr. Homan’s whistleblowers could become part of that.

He said the agent who was told to release the murderer had been sent to the border as part of a detail to handle the surge of illegal immigrants.

“They arrested an illegal alien who had COVID. That illegal alien had a prior conviction for murder, murder, he was ordered to release the guy because they didn’t want to detain someone with COVID,” Mr. Homan recounted. “So rather than getting into ice to put it in a detention facility where they had COVID beds, where they have negative pressure rooms, where they can keep them isolated, they released a convicted murderer. That’s just one of the many things that will come out.”

Mr. Homan said in that case the agents knew of the murder conviction at the time of release.

But whistleblowers reported other cases to him where they were pressured to release people before they got back the full vetting report.

In at least some of those cases, when the vetting came back, it showed flags — or “they were hot,” as Mr. Homan put it — but they “were already released.”

Mr. Homan ran ICE for nearly a year and a half at the start of the Trump administration. He now serves as a senior fellow at the Immigration Reform Law Institute and a visiting fellow at the Heritage Foundation.

He told the Patriot channel that he would be interested in returning to a future administration.

“I certainly will go back in two years, if the right guy gets back in the White House,” he said.

The Biden administration’s struggles to handle the coronavirus and the border surge have been well documented. After erasing the Trump administration’s tough policies, the Biden team started to catch and release tens of thousands of migrants each month — the majority without going through COVID-19 testing at the border.

Homeland Security instead relied on a patchwork of nonprofits and contractors to perform testing, and positive rates topped 20% in the first half of last year.

COVID-19 is still present but is a less pressing issue, and a federal judge has ruled that the administration must end its chief remaining get-tough program, the Title 42 pandemic policy that allowed it to expel many illegal immigrants without giving them a chance to make claims of protection.

Homeland Security is preparing to see illegal border crossing rates soaring even higher, from roughly 7,000 a day right now to as many as 18,000 a day.