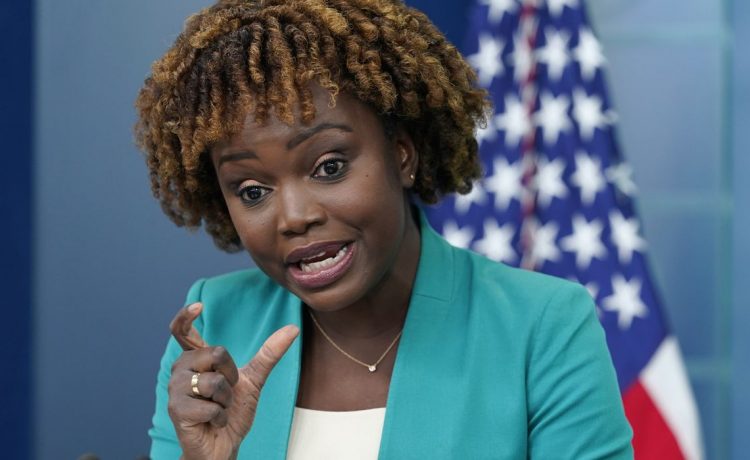 The White House on Thursday defended President Biden’s casting Republicans as anti-democratic extremists ahead of his prime-time speech in Philadelphia where he will deliver a speech on his “continued battle for the soul of the nation.”

White House press secretary Karine Jean-Pierre told reporters that Mr. Biden “is never going to shy away from calling out what he sees,” amid growing criticism that his language attacking Republicans has become increasingly divisive.

“We understand we hit a nerve. We get that,” she said. “We understand that ultra-MAGA office holders want to play games here and dodge accountability for their extreme proposals and actions, but they’re just telling on themselves.”

Republicans have ramped up their criticism of Mr. Biden’s recent remarks ahead of his speech outside of the Independence National Historic Park scheduled for Thursday prime time.

“Joe Biden doesn’t understand the should of America,” House Minority Leader Kevin McCarthy, California Republican, wrote Thursday on Twitter. “All he does is vilify tens of millions of hardworking, law-abiding citizens that simply want a say in their kids’ education, gas prices they can afford and safer streets in their cities.”

Mr. McCarthy is scheduled to deliver remarks in Scranton, Pennsylvania, about “what he has heard from the American people this summer regarding rising crime, record-high inflation and other hardships brought on by the Democrats’ harmful policies” ahead of Mr. Biden’s address.

Ms. Jean-Pierre took aim at Mr. McCarthy when briefing reporters Thursday for changing his stance on the attack on the U.S. Capitol, which he condemned in the immediate aftermath.

“What we hear from him, of course, is a change of heart,” she said. He “even formally punished fellow Republicans like Liz Cheney, who have had the courage to consistently tell the truth about the attack on the rule of law and the law enforcement that day.”

“That is what we’re talking about,” she said. Mr. Biden “will speak about how he believes we can get through this current moment, this critical moment that we are we are currently in. He believes this is a moment where a lot is at stake.”