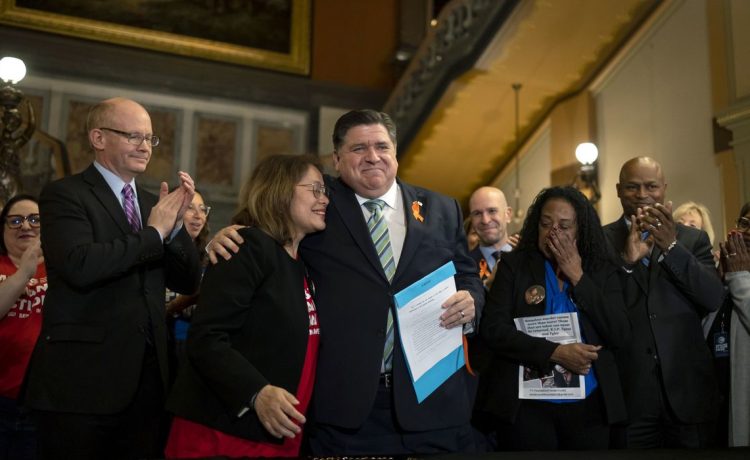 Illinois has now become the ninth state to pass an assault weapons ban.

“Too many Americans across the country continue to lose their lives or their loved ones to gun violence,” Ms. Jean-Pierre said.

She also called on other states, including New York, Delaware, Connecticut, Hawaii, Maryland and New Jersey, to pass similar bans.

Mr. Pritzker signed the ban into law after the Illinois House passed it in a 68-41 vote. The bill cleared the Illinois Senate on Monday, 34-20.