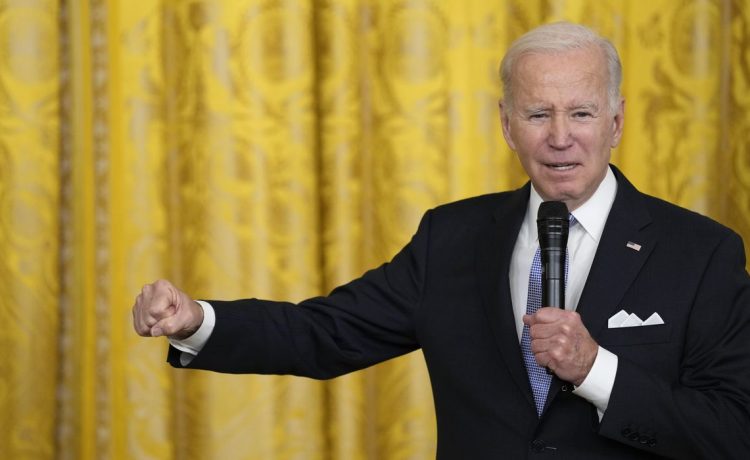 President Biden and his top advisers kept the discovery of classified documents secret from the public for 68 days in the futile hope that it could be swept under the rug without any blowback for his presidency, according to a report.

The New York Times, citing anonymous sources familiar with internal White House deliberations, reported that Mr. Biden and a handful of advisers believed they could convince Justice Department officials that the incident was “little more than a minor, good-faith mistake.” They felt the episode was unlike former President Donald Trump, keeping a large number of classified documents at his private Mar-a-Lago estate in Florida.

The report published Friday said the Biden team’s goal “was to win the trust of Justice Department investigators and demonstrate that the president and his team were cooperating fully” — without ever telling the public. They hoped the matter “could be quietly disposed of without broader implications for Mr. Biden or his presidency.”

The president angrily fended off reporters’ questions Thursday about his mishandling of the documents, which were found at his former think-tank office in Washington and at his home in Wilmington, Delaware.

“We are fully cooperating, looking forward to getting this resolved quickly,” the president said. “I think you’re going to find there’s nothing there. I have no regrets. I’m following what the lawyers have told me they want me to do. It’s exactly what we’re doing. There’s no ‘there’ there.”

The initial discussions about how to deal with the matter last November were confined to a “tight circle” of White House advisers: the husband-and-wife pair of Bob Bauer, the president’s top personal lawyer, and Anita Dunn, a White House senior adviser; Stuart F. Delery, the White House counsel; and Richard Sauber, a White House lawyer overseeing the response to investigations, according to the report.

While there was no hesitation in telling the National Archives and Records Administration about the discoveries, informing the public was “a different matter” for the Biden team.

Despite the furor over the Trump documents, the Biden advisers believed that the discovery of Mr. Biden’s documents from his time as vice president essentially was no big deal.

“They reasoned that the discovery of documents long after leaving office was not that unusual and, as long as there was no intent to violate rules on classified papers, was generally handled without conflict, so the only thing that would create legal exposure would be drawing public attention to it,” the Times reported.

Ms. Dunn “was adamant that the White House should keep the public information flow to a trickle and focus instead on how different Mr. Biden’s case was from the broader investigation into his predecessor, according to people familiar with the discussions.”. She also wanted to underscore the difference between Mr. Biden’s cooperation with NARA and Justice, and Mr. Trump’s defiance.

Even now, the episode has come to light and has caused major embarrassment for the Biden team, some of his advisers are still hoping that their cooperation with the Justice Department might prevent serious consequences, the report stated.