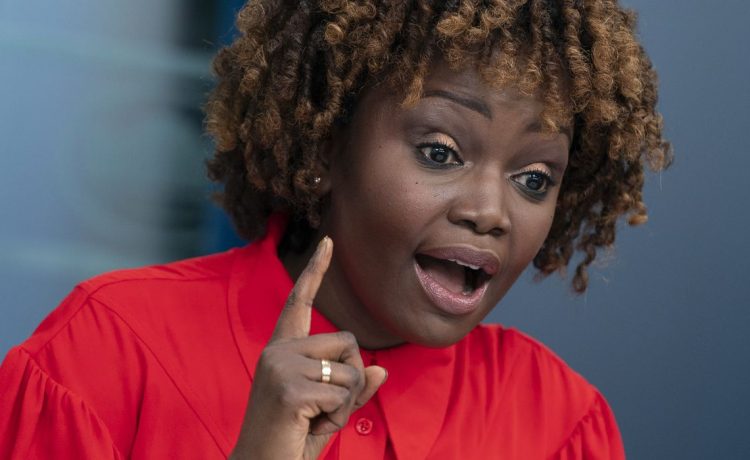 President Biden’s classified document woes deepened on Thursday with more government secrets turning up in yet another location at his Delaware home and his hand-picked attorney general appointing a special counsel to investigate the mess.

Compounding Mr. Biden’s political and legal headaches was the inability of White House press secretary Karine Jean-Pierre to explain why the president would be so careless as to leave classified materials — sensitive information from the Obama administration — in his garage and library.

Mr. Biden didn’t help himself by suggesting the documents were secure because it was in the same garage as his beloved 1967 Corvette Stingray.

“My corvette was in a locked garage, okay? So it’s not like they’re sitting out on the street,” Mr. Biden told reporters at the White House.

Federal law strictly forbids the removal or retention of classified documents or materials outside secured locations without authorization, which Mr. Biden as vice president in the Obama White House would not have had.

Later Thursday, the once-friendly White House press corps clashed with Ms. Jean-Pierre seeking an explanation about the Corvette excuse and why the White House didn’t reveal the second batch of documents when it had known about them since December.

She had few answers to give.

“I will leave it all to you to pontificate and do your punditry. I will not do that from here,” Ms. Jean-Pierre said when asked about the special counsel.

The realization had begun to dawn on the White House that the combination of a newly-appointed special counsel and a planned investigation by House Republicans will likely put Mr. Biden on the defensive for the remaining two years of his term.

Attorney General Merrick Garland appointed Robert K. Hur, the former U.S. attorney in Maryland who was appointed by President Trump, as special counsel to look into the document situation.

Mr. Hur is the second special counsel appointed by Mr. Garland in the past three months. In November, he named Jack Smith to oversee the investigations into Mr. Trump, including whether he illegally stored classified documents at his residence and office at his Mar-a-Lago estate in Palm Beach, Florida.

Thursday’s move means that two potential candidates for the White House in 2024 will march toward that race under the cloud of a Justice Department investigation. Mr. Trump has already declared his candidacy and the White House said Mr. Biden intends to run in 2024.

White House counsel Richard Sauber said in a statement that Mr. Biden will cooperate with the special counsel, adding that he’s confident the investigation will reveal Mr. Biden accidentally misplaced the documents.

“We are confident that a thorough review will show that these documents were inadvertently misplaced, and the President and his lawyers acted promptly upon discovery of this mistake,” Mr. Sauber said.

Speaking with reporters at the Justice Department, Mr. Garland said the “extraordinary” nature of the situation merits a special counsel to independently manage the investigation. He also expressed confidence in Mr. Hur, pledging the special counsel will get all the resources he needs.

“I am confident that Mr. Hur will carry out his responsibility in an even-handed manner in accordance with the highest traditions of this department,” Mr. Garland said.

In a written statement, Mr. Hur vowed to investigate with “fair, impartial, and dispassionate judgment.”

“I intend to follow the facts swiftly and thoroughly without fear or favor and will honor the trust placed in me to perform this service,” he said.

Before Mr. Hur’s appointment, Mr. Trump weighed in saying Mr. Garland should appoint a special counsel “who hates Biden as much as Jack Smith hates me.”

Mr. Garland also laid out a timeline of when the documents were discovered, raising questions about why the White House wasn’t more forthcoming about the additional documents found in Mr. Biden’s home with one document found in an adjacent room, said to be his library.

As the attorney general tells it, Mr. Biden’s lawyers discovered the first batch of documents at his former office at the Biden Penn Center for Diplomacy and Global Engagement in Washington on Nov. 2, just days before the midterm elections.

Neither the White House nor Justice Department announced the discovery until it was leaked to CBS News this week.

The Nov. 2 discovery, according to Mr. Garland, set off a scramble to find additional documents. On Dec. 20, a lawyer for Mr. Biden notified Mr. Lausch that documents were found in the garage at the president’s home in Wilmington, Delaware. Those records also were from his time as vice president in the Obama administration, Mr. Garland said.

Lawyers also searched Mr. Biden’s beach home in Rehoboth, Delaware, but no documents were found, according to the White House.

The newly revealed timeline touched off a firestorm at the White House briefing room with reporters pressing Ms. Jean-Pierre why the administration didn’t reveal the second batch of documents when they announced the first discovery on Monday.

Ms. Jean-Pierre refused to provide additional details about the timeline. She repeatedly defended Mr. Biden and his lawyers, saying “they did the right thing.”

Republicans had been pressuring Mr. Garland to appoint a special counsel since the acknowledgment on Monday that documents were discovered at the Biden Penn Center in Washington earlier.

Sen. Josh Hawley, Missouri Republican, wrote a letter to Mr. Garland demanding that he appoint a special counsel in the case. Mr. Hawley said Mr. Biden appeared to have done “exactly what President Trump did.”

Republicans drew comparisons between the Trump and Biden classified document cases, but there are several key differences. Mr. Trump was in talks with the National Archives and Records Administration for months about the status of the documents, ultimately culminating in an FBI raiding Mar-a-Lago.

The FBI recovered more than 300 classified documents from Mar-a-Lago according to court filings.

Mr. Biden’s team said they voluntarily returned the documents to the government and the materials were said to be “a small number.”