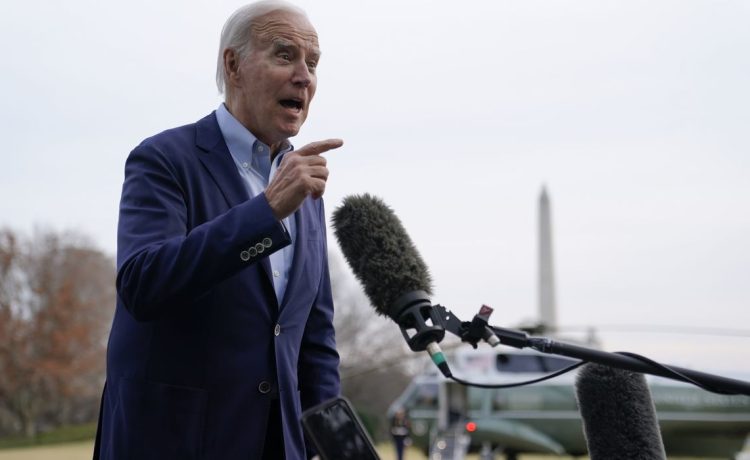 The White House on Tuesday declined to shed light on President Biden’s deliberations about running for reelection in 2024, after setting expectations that he would make his final decision over the holidays.

White House press secretary Karine Jean-Pierre pointed reporters to Mr. Biden’s previous comments that he “intends to run,” but declined to provide further details about when he would make his final decision.

“He has said that he intends to run and I’m certainly not going to get ahead of the president,” Ms. Jean-Pierre said, asserting that Mr. Biden’s near-term focus will be on improving the lives of the American people.

Despite signaling his intent to run, Mr. Biden has played coy with the press about if and when he will make a formal announcement.

The president was asked by reporters whether he had been having discussions about the 2024 election as he departed a restaurant on Friday evening in St. Croix in the U.S. Virgin Islands, where he celebrated the New Year’s holiday.

“There is an election coming up?” Mr. Biden replied in jest.

Mr. Biden returned from his island getaway on Monday.

White House chief of staff Ron Klain said earlier this month that Mr. Biden would make his final decision over the holidays.

Anxious chatter within the Democratic Party over Mr. Biden’s intention to run in 2024 largely cooled following a string of legislative victories over the summer and in the lead-up to the midterms. Democrats performed better than expected in the election, although Republicans won control of the House.

In a post-midterm elections press conference, Mr. Biden said he plans to seek reelection but won’t make an official announcement until early 2023.

First lady Jill Biden has told White House staff that she is “all in” for her husband running in 2024, CNN reported earlier this month.