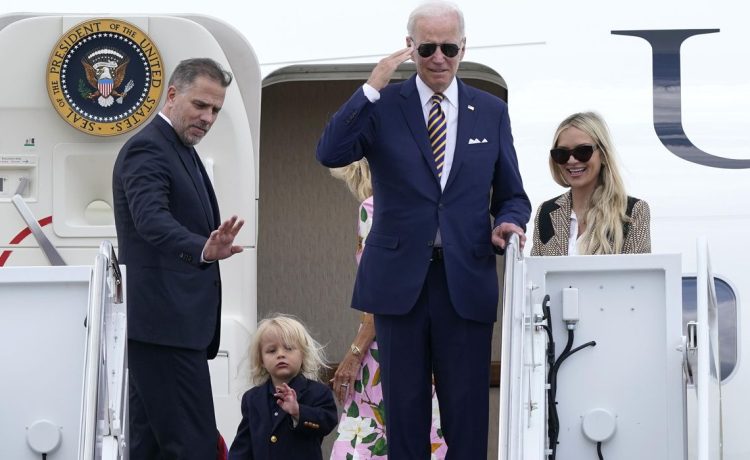 The White House on Tuesday accused Republicans of stoking political division by pledging to investigate President Biden’s involvement in an array of potentially criminal business dealings with his son Hunter Biden.

White House press secretary Karine Jean-Pierre said Americans aren’t interested in an investigation of the president’s alleged entanglements, and accused the GOP of reneging on their pledge to bring down the cost of living for families.

“House Republicans promised that fighting inflation, during the midterms, was going to be their number one priority,” she said. “That’s what they said was important to them, and that’s what they said they wanted to do. But instead, what they’re doing is wanting to do an investigation into the president and his family.”

Hunter Biden’s long trail of suspicious business dealings will get new scrutiny as House Republicans, armed with subpoena power, begin what is expected to be an intense, politically charged investigation of the president’s alleged involvement in his son’s money-making schemes.

From serving on the board of a Ukrainian natural gas company to pursuing deals with Chinese Communist Party-linked energy tycoons and allegedly pocketing more than $3 million from a Russian businesswoman and widow of a former mayor of Moscow, Hunter Biden’s far-flung business deals have raised eyebrows for years about potential influence peddling and possible crimes.

Republicans who will soon run the House Oversight and Reform and Judiciary committees laid out evidence in November that they say “raises troubling questions” about whether the president has been “compromised by foreign governments” in connection with his son’s ventures.

Rep. James Comer of Kentucky and Rep. Jim Jordan, Ohio Republican who will lead the Judiciary Committee, recently previewed their upcoming investigations of Mr. Biden and his family’s money-making deals.

Citing evidence obtained from Hunter Biden’s laptop computer and through whistleblowers, Mr. Comer said his committee had uncovered a “decade-long pattern of influence peddling, national security risks, and political cover-ups” committed by the Biden family with the direct knowledge and involvement of the president.

Republicans on the Oversight Committee said in a 31-page report that Mr. Biden was directly involved in his family’s business deals, including those involving foreign interests, despite claiming he did not know the details.