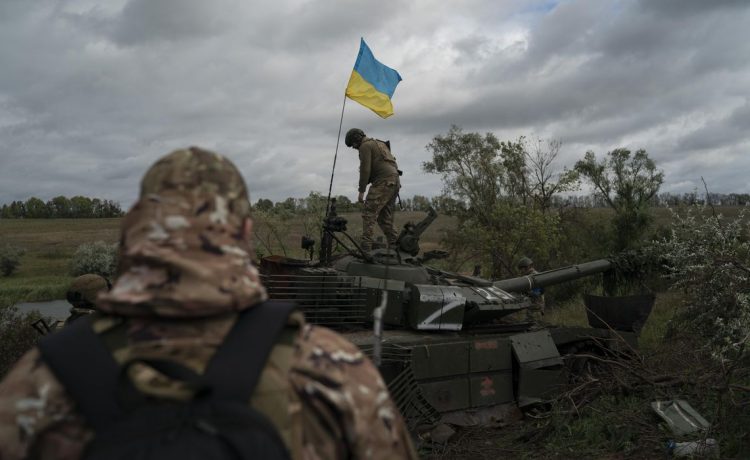 With the war now in its seventh month and Russia’s ground invasion stalled, Mr. Putin and his inner circle are increasingly talking about their country’s nuclear stockpile, which is the largest in the world.

Russian officials in the past have made veiled references to nuclear weapons, but leaders and national security insiders across the U.S. and Europe believe Ukraine’s recent successes on the battlefield — along with growing frustration inside Russia toward Mr. Putin and the war effort — make it more likely the Kremlin could take dangerous, desperate actions to turn the tide.

“It is a matter that we have to take deadly seriously because it is a matter of paramount seriousness — the possible use of nuclear weapons for the first time since the second World War,” White House national security adviser Jake Sullivan told CBS’s “Face the Nation” program on Sunday. “We have communicated directly, privately, at very high levels to the Kremlin, that any use of nuclear weapons will be met with catastrophic consequences for Russia, that the United States in our allies will respond decisively. And we have been clear and specific about what that will entail.

“We have, in public, been equally clear, as a matter of principle, that the United States will respond decisively if Russia uses nuclear weapons and that we will continue to support Ukraine in its efforts to defend its country and defend its democracy,” Mr. Sullivan said.

Ukrainian President Volodymyr Zelenskyy echoed those warnings, saying he believes Mr. Putin is deadly serious about nuclear weapons. He warned that the Kremlin will lean heavily on “nuclear blackmail” as Russian troops lose more ground in the war.

“He wants to scare the whole world,” Mr. Zelenskyy said of Mr. Putin. “These are the first steps of his nuclear blackmail. I don’t think he‘s bluffing. I think the world is deterring it and containing this threat. We need to keep putting pressure on him and not allow him to continue.”

The grim warnings from Washington and Kyiv come as Russia presses ahead with so-called “referenda” in four Ukrainian provinces on the question of formally joining Russia. The provinces include Luhansk and Donetsk, which together make up the disputed Donbas region, which is now the epicenter of the war.

The Biden administration has dubbed the votes a “sham,” and Western governments have made clear they will not recognize the results of the referenda. The four provinces, they say, remain a part of Ukraine and will be recognized as such.

But Russian officials appear poised to use the votes as new justifications for their aggression. On the heels of the United Nations General Assembly meeting in New York, Russian Foreign Minister Sergey Lavrov on Saturday said that Moscow will honor the results of the referenda and that each territory will be afforded full protection by the Russian government.

Under such a policy, Moscow could declare that Ukraine is essentially attacking Russian territory, perhaps laying the groundwork for a tactical nuclear strike.

Mr. Putin seemed to suggest as much last week, using a brief address to both announce a mobilization of Russian reserve forces and to threaten nuclear strikes.

“Those who are attempting to blackmail us with nuclear weapons must be aware that the prevailing winds may also turn towards their side,” Mr. Putin said, according to his country’s state-run TASS news agency.

“Russian citizens must be confident: the territorial integrity of our motherland, our independence and freedom will be ensured. Let me stress it again: this will be ensured by all of our available means,” he said.

Adding to the already volatile environment, Mr. Putin is facing fresh pressure at home amid battlefield defeats for Russian troops. In some parts of Ukraine, U.S. military officials have said that the Ukrainian offensive resulted in a “rout” of Russian forces, a major embarrassment for a military that was previously regarded as one of the world’s best.

Those defeats have led to unprecedented criticism of Mr. Putin, including a petition from municipal officials calling on Mr. Putin to step down. In addition, hundreds of Russian protesters were reportedly arrested last week as mass demonstrations broke out against the military call-up.

The Ukrainian military seized on those reports Sunday to taunt its foe. In a mash-up video posted on Twitter, the Ukrainian Ministry of Defense mocked the Russian military and showed footage of Russian police officers purportedly beating protesters.

“We understand that not all Russian troops are like this; Russia still has remnants of a professional army that [Ukraine] hasn’t yet destroyed,” the Twitter post reads. “We also know that soon these ‘soldiers’ will be at the front, and with such a love for alcohol, it will be easier for them to die on our land.”