The Great Days > News > Who checks the fact-checkers after indignant accusations fizzle out?
News

Who checks the fact-checkers after indignant accusations fizzle out? 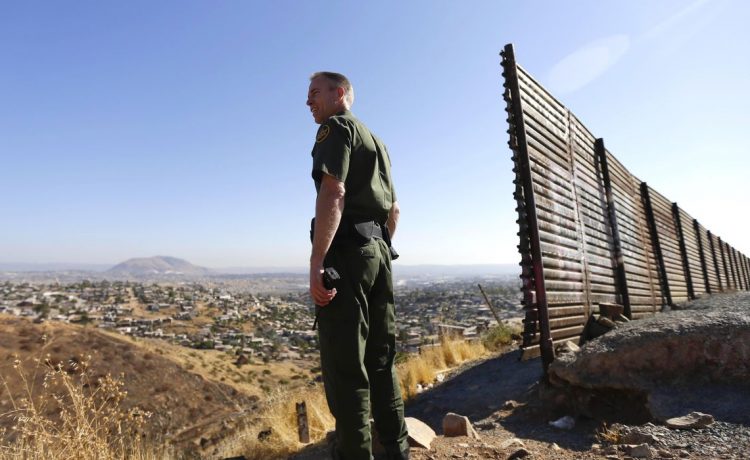 No evidence, sniffed CNN’s “Facts First.” Not enough data, scolded PolitiFact. Lies, said Rep. Ruben Gallego, a Democrat who cited his position as chairman of an intelligence subcommittee as his credentials for undermining the GOP claims.

A year later, the facts are on the Republican side — but the fact-checkers still aren’t.

Customs and Border Protection reported that over the 12 months of fiscal year 2022, Border Patrol agents nabbed 98 people whose names were flagged in the terrorist screening dataset, commonly referred to as the terrorism watchlist. Twenty were caught in September alone, shattering the previous high shown in CBP’s records.

By contrast, just 11 were caught at the southern border in the years from 2017 to 2020, which roughly overlapped the Trump years.

Reps. John Katko, the top Republican on the Homeland Security Committee, and Kevin McCarthy, the House Republican leader, raised the issue of terrorism suspects during a visit to Texas in February 2021, just as the border was descending into chaos under the new Biden administration.

They said the agents had revealed the arrests to them.

The fact-checkers swooped in.

Vox, a left-wing media outfit, called the claims “rumor and innuendo” and said the Republican lawmakers were “reviving one of Trump’s most notorious lies.”

Mr. Gallego, who represents the Phoenix area, took to Twitter to blast the Republicans’ claims: “Weird as the Chairman of the subcommittee on Intelligence and Special Operations and a border state member of Congress haven’t heard anything about this. … Pretty sure he is either wrong or lying.”

He then told CNN he got a briefing on the issue and said he didn’t hear anything to back up the claims that some terrorism suspects had been caught.

“Again, it doesn’t match what I hear. And as chairman of the intel and special operations, I just didn’t see it there,” he told the network.

The Washington Post’s fact-checker was more circumspect, declining to issue a “Pinocchio” ruling because it said there wasn’t enough data.

The fact-checks all remain online — and none of them has been updated to reflect the new numbers.

“At that time, the fact-checkers and mainstream media didn’t skip a beat in telling him he was wrong and there was no evidence to that claim despite hearing it directly from frontline CBP personnel,” Lesley Byers, a spokesperson for the committee’s Republicans, told The Washington Times. “Fast forward over a year, and our initial concerns have not only been vindicated but have grown to represent one of the most disturbing facets of the Biden administration’s border crisis.”

The Times made multiple inquiries over several months to Mr. Gallego’s office seeking comment on the CBP data challenging its conclusions. He did not reply.

The CNN fact-checkers also did not respond.

After multiple inquiries, the author of the PolitiFact piece said she had elevated The Times’ questions to her managing editor, who didn’t respond.

Fact-checkers posit themselves as independent arbiters of truth. Many are even part of the International Fact-Checking Network, which lays out standards for how they should operate. The standards cover basic journalistic principles of fairness, transparency and corrections, but there does not appear to be any policy governing how to update pieces where the facts have made the conclusions obsolete.

Some fact-checkers will update or remove outdated reviews.

PolitiFact, which is also a project of Poynter, has done that on fact-checks dismissing claims that the coronavirus escaped from a lab in China. The organization said new information now shows those claims it initially dismissed as false are in fact plausible.

The organization didn’t say why that same standard didn’t apply to the border terrorism review.

PolitiFact has inserted itself into another immigration dispute this year, dinging the group Citizens for Sanity for an ad asserting that all Senate Democrats voted against hiring more Border Patrol agents, against deporting felons and against ending catch-and-release.

PolitiFact acknowledged that Democrats did indeed cast votes against those policies during budget debates but still rated the ad “Mostly false.”

The organization reasoned that the 2022 spending bill, which all Senate Democrats backed, included money for more hiring. PolitiFact also took into account a bill two Democrats wrote to increase the number of agents. That legislation has not seen action in the Democratic-controlled Senate.

PolitiFact dismissed Citizens for Sanity’s felons claim by siding with Sen. Richard J. Durbin, Illinois Democrat, who said the same 2022 spending bill funded U.S. Immigration and Customs Enforcement — even though the level of detention beds was lower than in the Trump years.

Ian Prior, a strategic adviser to Citizens for Sanity, said PolitiFact went looking for reasons to impose its narrative on the facts.

“It’s an interesting term, fact-checker, because ultimately you give them facts and those facts debunk their attempt at spin, but they spin anyway,” he told The Times.

The author of the PolitiFact analysis didn’t respond to an inquiry for this article.

Mr. Prior said fact-checkers had a perverse incentive to ding claims.

“If they just said ‘True,’ they’d be out of business,” he said. “The ratings themselves really set the narrative right off the bat, and that’s why they exist.”

Citizens for Sanity presented its evidence for its claims to PolitiFact. The group said that didn’t change anything.

Mr. Prior questioned the rigid approach that fact-checkers often take.

“If they really were interested in facts, first of all, I don’t believe they would have a rating system. They would operate as any other reporter, and they would report on it over time as more facts came out,” he said.

Despite the problems with their methodology, fact-checkers have claimed an outsized role in the political debate.

Social media companies have started using fact-checkers to evaluate claims posted on their platforms. Facebook says it has partnerships with IFCN members to do its fact-checking. Instagram also says it relies on IFCN-certified outfits for its fact-checking.

At the time, Homeland Security did not publicly reveal the terrorism numbers, saying the information was too sensitive.

Mr. Katko pressed the department to make the data public, and CBP began to do so this spring.

“The reality is that the Biden administration did not want these numbers made public, having resisted for more than a year before relenting to rigorous oversight from House Republicans to release this data to the American people,” Ms. Byers said.

Border experts say the 98 people nabbed is an indication of much worse.

Former Border Patrol Chief Rodney Scott told The Times this summer that those are just the ones agents laid their hands on, and they probably didn’t know they were on the list. Those who did know and wanted to come anyway likely managed to sneak through the gaps.

Indeed, about the time CBP began revealing the border terrorism numbers, federal prosecutors revealed charges against a man they said was an associate of the Islamic State who was plotting to sneak a hit squad across the U.S.-Mexico border to assassinate former President George W. Bush.

The man told an informant that he had already helped sneak two Hezbollah figures into the U.S. and charged them $50,000 apiece.