The Great Days > News > Will German and U.S. tanks be game changer for Ukraine?
News

Will German and U.S. tanks be game changer for Ukraine? 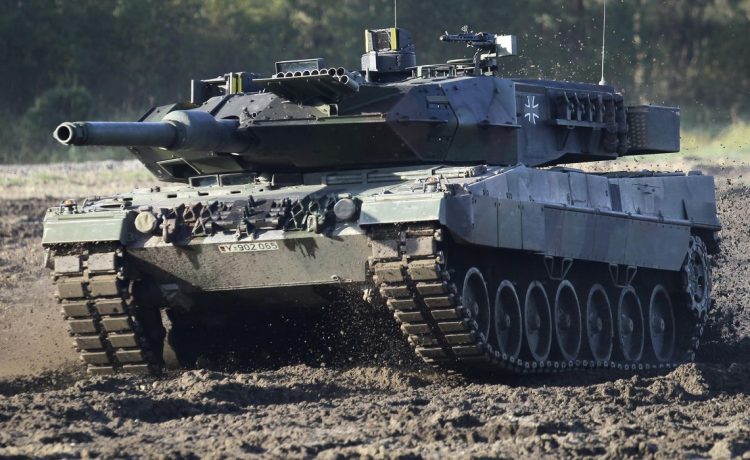 Ukraine and its biggest Western backers hope the high-tech, U.S.-made M1 Abrams and German-made Leopard 2 A6 battle tanks being sent to Kyiv will provide a major boost to the country’s fight against Russian invaders.

The U.S. and Germany announced Wednesday that they are sending dozens of the tanks to the country, after weeks of a diplomatic logjam.

While most experts say the tanks could eventually be a battlefield game-changer, it will take months for their impact to be felt and Ukrainian forces will need quick training to master the strategic and tactical aspect of the heavy weaponry.

With Western officials increasingly aligned behind the view that Russia’s war in Ukraine is likely to carry on for the long haul, the focus now is on the capabilities the dozens of U.S. and German tanks could deliver over the coming year.

Germany’s Krauss-Maffei Wegmann, the manufacturer of the Leopard 2, touts it as “the world’s leading battle tank,” which for nearly a half-century has combined aspects of firepower, protection, speed and maneuverability, making it adaptable to many types of combat situations.

Whether the 55-ton Leopard 2s, which carry a crew of four and have a range of about 310 miles before requiring refueling, will get bogged down in Ukraine’s muddy countryside this spring remains to be seen.

The tanks are famously deft on roads and can easily move at 40-plus mph. They also have serious firepower. The Leopard 2’s main weapon is a 120mm smooth bore gun that has a range of roughly 3 miles and is equipped with a fully digital fire-control system.

Experts say the German tanks will easily go toe-to-toe with any Russian tanks currently operating inside Ukraine and will bring a dramatic increase in capability for Ukrainian forces thus far relying on much older, Soviet-era tanks.

The Leopard 2s alone could allow Kyiv to go on the offensive in the 11-month-old war, which has been stalemated for months following two key Ukrainian counteroffensives that recaptured areas occupied by Russian forces in the northeast and south.

“In this type of conflict, it’s just not possible to carry out large-scale offensives without the full variety of armored combat equipment and armored vehicles, and tanks are a part of that,” Yohann Michel, a research analyst for defense and military affairs at the International Institute for Strategic Studies, recently told The Associated Press.

The tanks could be crucial to countering Russian forces in Ukraine’s Donbas region near Bakhmut and Soledar, as well as in the Zaporizhzhia region, where Moscow has recently begun a small offensive.

“[They] will help Ukraine defend its positions with fewer casualties in both locations,” John Herbst, the senior director of the Atlantic Council’s Eurasia Center and a former U.S. ambassador to Ukraine, said in comments circulated to journalists Wednesday.

“They will also prove invaluable if Moscow launches a major offensive from Belarus or elsewhere this year, something that Ukraine’s intelligence services expect,” Mr. Herbst said. “If the tanks reach Ukraine in the next few months -—which cannot be taken for granted — they could also be deployed by Ukraine in its own planning for a new counteroffensive.

“On the flat terrain in Ukraine’s east and south, they could spearhead the counteroffensive,” he said.

John T. Watts, a senior fellow at the Atlantic Council’s Scowcroft Center for Strategy and Security, added that there are “few systems that can provide the combination of fire, protection and maneuver that a tank can.”

“The provision of Leopard 2 tanks to Ukraine, if employed competently and effectively — and I am confident that they will be — will demonstrate just how effective, powerful and critical a capability the main battle tank still is.”

The same can be said for the General Dynamics-manufactured U.S. M1 Abrams, at least 31 of which are now slated to be shipped into Ukraine.

While the M1 Abrams also weighs in at roughly 55 tons and is burdened by the same bog-down risks as the Leopard 2, the American tanks can move at top speeds of about 45 mph and their M256 120-millimeter smoothbore gun has a maximum effective range of nearly two miles.

Both the M1 Abrams and the Leopard 2 were developed in the late 1970s but are generally considered to be far superior main battle tanks than anything the Russians have sent to Ukraine.

Both tanks also have stabilized gun systems, allowing them to shoot on the move. The major difference between the M1 Abrams and the Leopard 2 is their engine. The German tank uses a diesel engine, while the American tank is powered by a gun turbine engine — essentially a jet.

Some in Washington have argued that the M1 Abrams is too complex for the Ukrainians to support. And hesitancy from the White House and the Pentagon over the decision to send the M1 Abrams may have been partly about the maintenance requirements needed to keep the high-tech tanks operational.

“It’s going to be a lot harder to train mechanics [for the M1 Abrams] than gunners. There’s no doubt about that,” said Jeffrey Edmonds, an analyst with the Center for a New American Security think-tank and a lieutenant colonel in the Army reserves who has served in tank units.

The Pentagon has alluded to such factors.

“It’s expensive, it’s hard to train on. It has a jet engine,” Mr. Kahl said. “I think it’s about 3 gallons to the mile with jet fuel. It is not the easiest system to maintain.”

A White House official speaking on the condition of anonymity Wednesday said the U.S. would provide training to Ukrainian soldiers to operate and maintain the Abrams. But it was not immediately clear how soon training would start or when that training would be complete.

U.S. officials said M1 Abrams tanks are not expected to appear on Ukrainian battlefields for months rather than weeks.

Germany’s Ministry of Defense said Wednesday that it expects Leopard 2 tanks to be operational on the Ukrainian battlefield by the end of March.

They could be coming online as some of the some 90 Stryker combat vehicles and 59 Bradley Fighting Vehicles that the Biden administration approved for Ukraine in early January reach the battlefield.

While less powerful, the Strykers and Bradleys are more agile than the tanks.

The heavily armored and tracked Bradleys and the medium-armored Strykers will provide Ukraine “with two brigades of armored capability,” the Pentagon said in a news release.

The Bradley brings more firepower, with its cannon and anti-tank missile launchers. The more lightly armored Stryker, because it is wheeled, can move much faster on paved roads, meaning it can get infantry squadrons into the fight faster.

• Jeff Mordock contributed to this article, which is based in part on wire service reports.