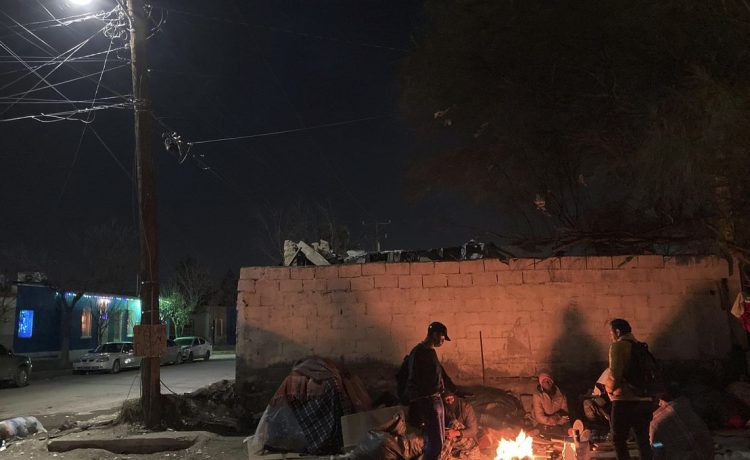 The National Weather Service’s Weather Prediction Center calls it a “historic winter storm.” If you’re in the U.S., there’s a good chance winter weather of some sort is in your forecast. The weather service says its map “depicts one of the greatest extents of winter weather warnings and advisories ever.”

– 181 million people are under wind chill warnings or advisories.

– More than 11 million people are under blizzard warnings.

– Huge storm could intensify into a “ bomb cyclone ”

– As temperatures plummet, migrants wait along the U.S.-Mexico border for a possible change to asylum rules

NEW YORK – What is a “bomb cyclone” anyway?

The name comes from the meteorological term bombogenesis, which occurs when a fast-developing storm rapidly intensifies, causing atmospheric pressure to quickly drop in a 24-hour period. Bombogenesis creates a bomb cyclone.

It all started farther north, as frigid air collected over the snow-covered ground in the Arctic, said Ryan Maue, a private meteorologist in the Atlanta area.

Then the jet stream – wobbling air currents in the middle and upper parts of the atmosphere – began pushing this cold pool down into the U.S.

As this arctic air is pushed into the warmer, moister air ahead of it, the system can quickly develop into serious weather, including a bomb cyclone.

CIUDAD JUAREZ, Mexico – A group of Venezuelan migrants sought refuge from the cold under blankets beside a bonfire in a dirt alleyway beside a crumbling cinderblock wall in this city across the border from El Paso.

“We’re from the coast (of Venezuela) with lot of sun and the cold affects us,” said 22-year-old Rafael Gonzalez and a native of La Guaira on the Caribbean coast. “The shelter here is very full. … And that means it’s our turn to be here, having a little bonfire.”

He and others said they are eager to learn whether the U.S. will lift restrictions on migrants seeking asylum at the border.

Nearby, migrants from Venezuela and Central America sought refuge from the cold in a three-room shelter without beds, lying shoulder-to-shoulder among blankets on a concrete floor.

The shelter has been forged gradually with repairs to an abandoned building in recent weeks. The project is the work of pastor Elias Rodriguez of the Casa Nueva Voz ministry, who grew concerned about the emergence of a small “tent city” along the Rio Grande without even a water faucet.

“Outside there are people making fires, people waiting by the door because we only have 135 spaces,” Rodriguez said.

“It’s been so cold that people, when I step outside, they say, ‘Please let me in even if there’s standing room only, I don’t even have to find a place on the floor to sleep as long as you just allow me to come in.’”

FORT WORTH, Texas – “Cold might be putting it mildly,” Air Force coach Troy Calhoun said after the Falcons beat Baylor 30-15 on Thursday night.

“I don’t think I’ve experienced anything like that,” he said. “When it’s not warm, it’s not easy. It never is at the United States Air Force Academy. But these guys, just the heart, the guts and the right, extraordinary young people. I’m glad they’re fighting for our country.”

Baylor officials announced it was the coldest kickoff temperature in the history of the program based about 100 miles (160 kilometers) south of Dallas-Fort Worth in Waco.