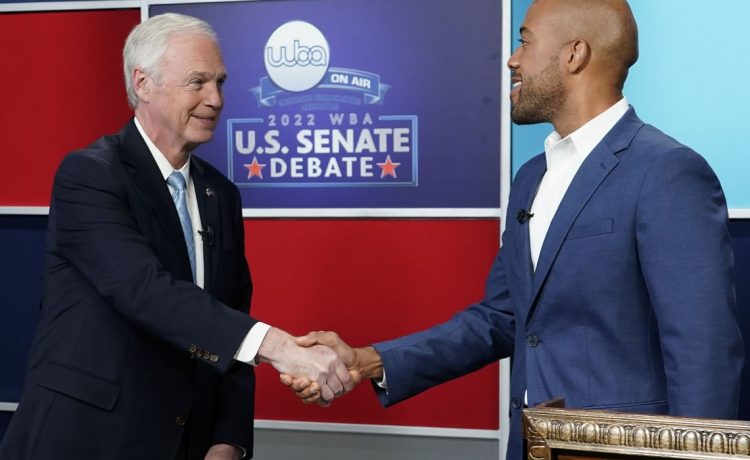 The incumbent’s lead has diminished slightly in recent weeks, with Mr. Johnson’s average lead based on recent surveys about 3 percentage points. The CBS/YouGov poll released Sunday showed the incumbent at 50%, compared to Mr. Barnes at 49%.

Respondents’ top reasons for supporting Mr. Johnson were economic policies (83%) and his record as a senator (68%). The majority of his backers (53%) said their support was because they like him, compared to 24% who said it’s because he’s the party nominee and 23% who said it’s to oppose his opponent.

Some of the top reasons for backing Mr. Barnes included his stance on abortion (73%) and economic policies (50%). Most would-be Barnes voters (55%) said their support was because they oppose Mr. Johnson and 29% said it’s because they like him.

The polling suggests that Mr. Johnson’s stance on the 2020 election is hurting his popularity among independents and swing voters.

Among that group, about 80% of those who say Mr. Johnson wanted the election overturned support Mr. Barnes. Independents who say he accepted the results or are not sure of his opinion overwhelmingly back him.

The CBS News/YouGov survey was conducted Oct. 3-7 among 1,285 registered voters in Wisconsin. The margin of error is plus or minus 3.7 percentage points.