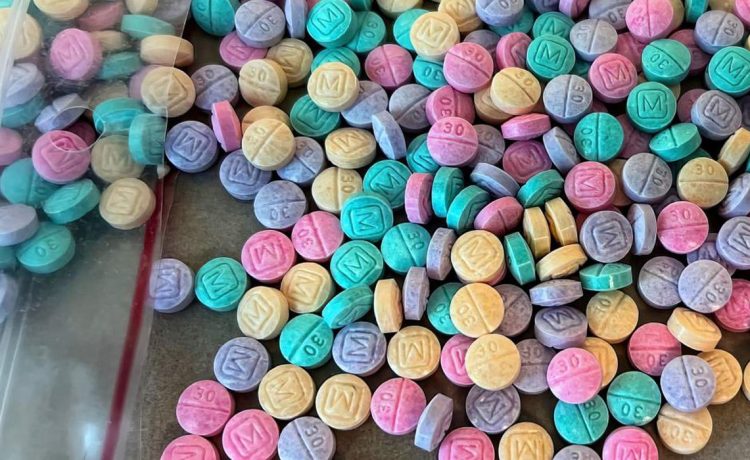 A woman has been arrested for trafficking 15,000 “rainbow fentanyl” pills camouflaged like candy into Manhattan, which authorities said is the largest seizure to date in New York City.

The Drug Enforcement Agency said that Latesha Bush, 48, of Trenton, New Jersey, was arraigned last week on charges of possession of a controlled substance in the first and third degrees. The agency unsealed the criminal complaint against Ms. Bush on Tuesday.

Ms. Bush was arrested on Sept. 28 by members of the New York Drug Enforcement Task Force (NYDETF) as part of an investigation into drug trafficking.

According to federal authorities, NYDETF officers observed Ms. Bush carrying what looked like a black tote bag wrapped around a large object when getting into a car near Hudson Yards in Manhattan.

The DEA said that agents and officers found Ms. Bush in the back seat with two black tote bags and a yellow LEGO container. Inside the LEGO container were multiple bricks covered in black tape, which contained the 15,000 multi-colored fentanyl pills.

“Disguising fentanyl as candy — and concealing it in children’s toys — will never hide the fact that fentanyl is a deadly poison that harms our communities, our families, and our city,” New York City Police Commissioner Keechant L. Sewell said in a press release.

Frank Tarentino, the DEA special agent in charge, said that 40% of the pills analyzed in the agency’s lab contain a lethal dose. Half a million pills were seized by federal authorities in the state as a part of the summer-long operation to crack down on drug trafficking, Mr. Tarentino said.

Bridget Brennan, NYC’s special narcotics prosecutor, said that the candy-like camouflage for fentanyl — which is responsible for 80% of the city’s overdose deaths — is a “new low, even for the Mexican cartels.”