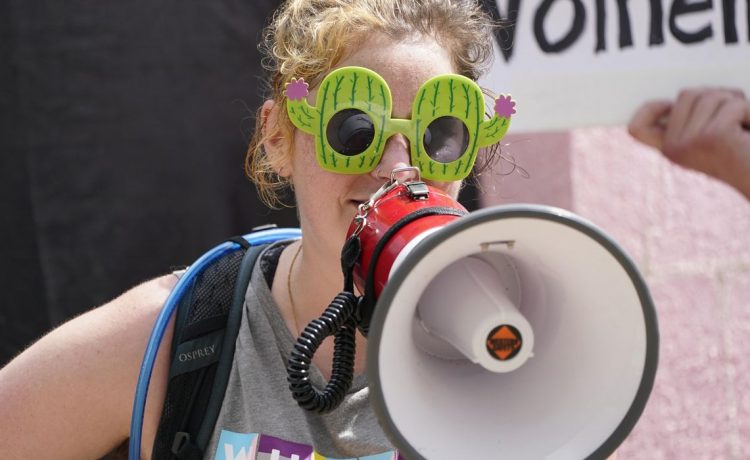 The Women’s March is holding a Saturday rally in Washington in the aftermath of the U.S. Supreme Court overturning Roe v. Wade and protesters say they’ll risk arrest to get their message across.

The event is scheduled to begin at 10 a.m. in Franklin Square Park near the White House.

The group plans to march to the White House and conduct a sit-in, where “Women’s March members will risk arrest to get our message over to President Biden: protect abortion,” reported WTTG in Washington.

Those who sign up for the event on the organization’s website are asked if they are willing to risk being arrested as a part of their demonstration.

The group expects up to 1,000 people to attend the event, according to their permit application filed with the National Park Service.

The demonstration is a part of the Women’s March’s “Summer of Rage” that they promised following the high court overturning the 1973 ruling that legalized abortion nationwide.

“Make no mistake, women are going to die. This is a nightmare come to life, one with deadly consequences for women,” the group said in a statement. “But we will not stop fighting until justice protects us from attacks on our bodies. And until every woman in every state has the right to an abortion.

“Our summer of rage has just begun. We’ll see you in the streets,” it said.