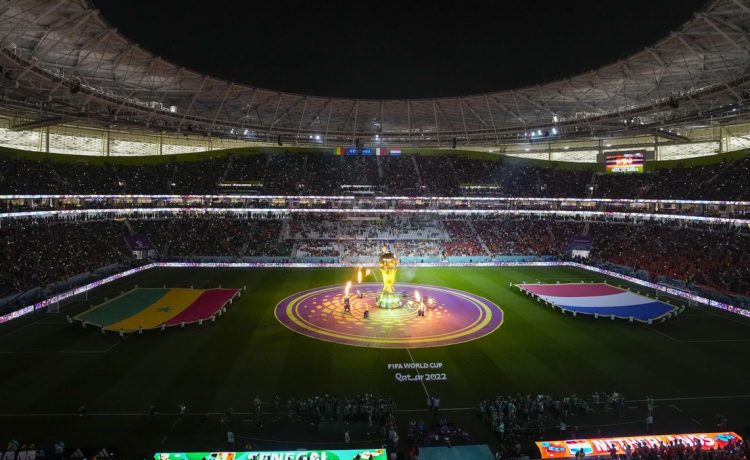 Several team captains of World Cup teams were planning to wear “OneLove” pro-LGBTQ armbands during their opening games at the tournament, but an announcement by FIFA that it would penalize the players with yellow cards has stymied the effort.

The national federations of England, Wales, Belgium, Denmark, Germany and the Netherlands had said they were prepared to pay a fine for their captains to wear the rainbow armband. Harry Kane of England was one of the captains who had said he wanted to wear the armband to show support for the LGBTQ community in Qatar, where homosexuality is criminalized.

“FIFA has been very clear that it will impose sporting sanctions if our captains wear the armbands on the field of play,” reads a joint statement from the countries’ soccer associations. “As national federations, we can’t put our players in a position where they could face sporting sanctions including bookings, so we have asked the captains not to attempt to wear the armbands in FIFA World Cup games.

“We were prepared to pay fines that would normally apply to breaches of kit regulations and had a strong commitment to wearing the armband. However, we cannot put our players in the situation where they might be booked or even forced to leave the field of play.

“We are very frustrated by the FIFA decision which we believe is unprecedented — we wrote to FIFA in September informing them of our wish to wear the ‘OneLove’ armband to actively support inclusion in football, and had no response. Our players and coaches are disappointed — they are strong supporters of inclusion and will show support in other ways.”

Denmark manager Kasper Hjulmand told reporters in Qatar that opening a match with a yellow card for their captain is a significant disadvantage.

“Imagine going on the pitch with a clear yellow card to start with,” Hjulmand said. “That is not possible.”

“This is not something invented for this occasion,” he continued about the armbands. “It’s something we have done before. I can’t see the problem, to be honest. For me, it’s also a big question mark.”

FIFA did announce, though, that they’re allowing the captains of all 32 teams to wear “No Discrimination” armbands throughout the entire World Cup.