World leaders gather to talk climate amid many distractions 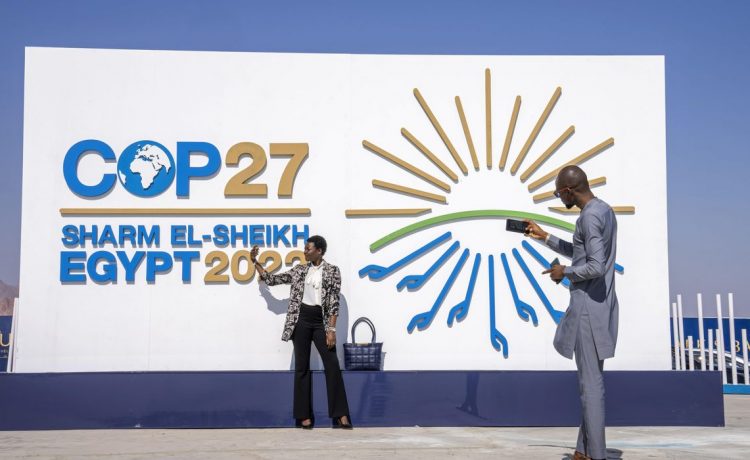 SHARM EL-SHEIKH, Egypt (AP) — More than 100 world leaders are about to discuss a worsening problem that scientists call Earth’s biggest challenge, yet observers say it will be hard to make progress given all that is happening in the world.

Nearly 50 heads of state or governments on Monday will take the stage on the first day of “high-level” international climate talks in Egypt with more to come in the following days. Much of the focus will be on national leaders telling their stories of being devastated by climate disasters, culminating on Tuesday with a speech by Pakistan Prime Minister Muhammad Sharif, whose country’s summer flood caused at least $40 billion in damage and displaced millions of people.

But it may not quite have the drama or headlines that past such meetings have had.

Why? Because of bad timing and who isn’t showing up, is coming late or is dithering about it.

Most of the leaders are meeting Monday and Tuesday, just as the United States has a potentially policy-shifting midterm election. Then the leaders of the world’s 20 wealthiest nations will have their powerful-only club confab in Bali in Indonesia days later. Add to that, “there are big climate summits and little climate summits and this was never expected to be a big one,” said Climate Advisers CEO Nigel Purvis, a former U.S. negotiator.

Leaders of two of the three biggest carbon-polluting nations — China and India — appear to be skipping the climate talks, although underlings are here negotiating. The leader of the other top polluting country — U.S. President Joe Biden — is coming days later than most of the other presidents and prime ministers on his way to Bali.

“We always want more” leaders, United Nations climate chief Simon Stiell said in a Sunday news conference. “But I believe there is sufficient (leadership) right now for us to have a very productive outcome.”

In addition to speeches given by the leaders, the negotiations include “innovative’’ roundtable discussions that “we are confident, will generate some very powerful insights,” Stiell said.

The leaders showing up in droves are from the host continent, Africa.

“The historical polluters who caused climate change are not showing up,’’ said Mohammed Adow of Power Shift Africa. “Africa is the least responsible, the most vulnerable to the issue of climate change and it is a continent that is stepping up and providing leadership.”

“The South is actually stepping up,” Adow told The Associated Press. “The North that historically caused the problem is failing.’’

Monday will be heavily dominated by leaders of nations victimized by climate change — not those that have created the problem of heat-trapping gases warming up the atmosphere from the burning of fossil fuel. It will be mostly African nations and small island nations and other vulnerable nations that will be telling their stories.

And they are dramatic ones, droughts in Africa and floods in Pakistan, in places that could least afford it. For the first time in 30 years of climate negotiations, the summit “should focus its attention on the severe climate impacts we’re already seeing,” said World Resources International’s David Waskow.

“We can’t discount an entire continent that has over a billion people living here and has some of the most severe impacts,’’ Waskow said. “It’s pretty clear that Africa will be at risk in a very severe way.’’

Host leader, Egyptian President Abdel Fattah El-Sisi, and United Nations Secretary-General Antonio Guterres will kick off the leaders’ speeches. Guterres keeps ratcheting up his rhetoric about how little time is left with each public talk.

Leaders come “to share the progress they’ve made at home and to accelerate action,’’ Purvis said. In this case, with the passage of the first major climate legislation and $375 billion in spending, Biden has a lot to share, he said.

While it’s impressive that so many leaders are coming to the summit, “my expectations for ambitious climate targets in these two days are very low,” said NewClimate Institute’ scientist Niklas Hohne. That’s because of Putin’s invasion of Ukraine which caused energy and food crises that took away from climate action, he said.