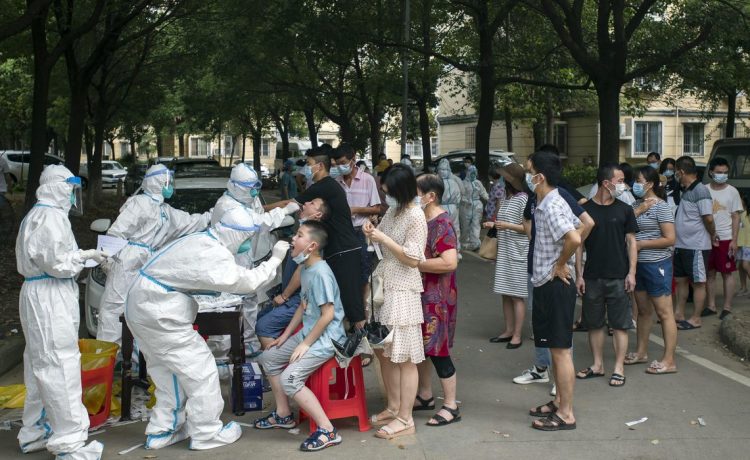 Wuhan, the Chinese city that introduced the coronavirus and related lockdowns to the world, is shutting down again as Beijing maintains its strict “zero-COVID” policies despite President Xi Jinping solidifying his grip at a recent communist party meeting.

Roughly 800,000 people were under lockdown orders in the central city after about 20 or 25 infections were discovered this week, according to The Sun.

More than 25 cities across China are implementing some form of lockdown measures even though the country’s case loads remain low by global standards.

Many scientists wonder how China plans to sustain its approach to COVID-19, given the economic and social disruptions from shutdowns and use of vaccines that don’t appear as effective as the messenger RNA shots used in the West.

Mr. Xi, however, does not appear ready to back down from the policy after securing an unprecedented third term and placing allies in the Chinese Communist Party’s inner circle.

The lockdown in Wuhan is notable because the virus that causes COVID-19 was first discovered there in late 2019. Some suspect it slipped out of a high-profile virology lab in the city while others have pointed to a wet market and say the pathogen likely passed to humans from bats and an intermediary animal.

Chinese authorities were slow to alert the world about the virus and locked down its citizens to try and corral the virus, a practice that was implemented in less strict fashions in Italy and then the U.S. and other parts of the world.

The virus has killed an estimated 6.5 million worldwide in about three years.