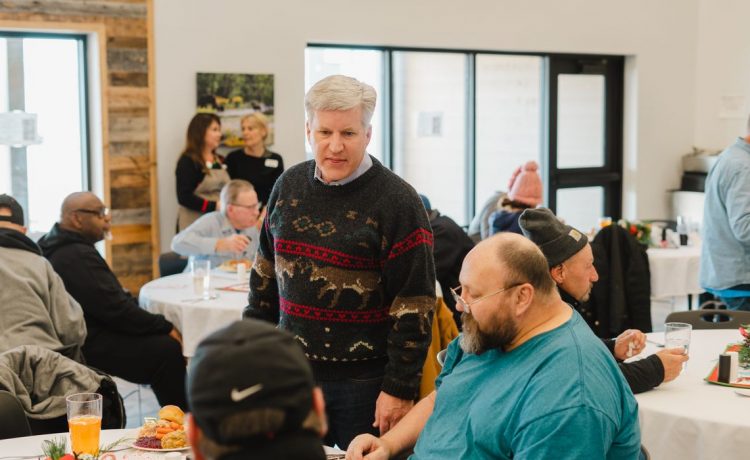 The Wyoming Rescue Mission in Casper, Wyoming, sued the federal Equal Employment Opportunity Commission and the Wyoming Department of Workforce Services to protect its right to hire employees who affirm the nonprofit group’s Christian beliefs.

In 2020, according to the lawsuit filed Tuesday in federal district court in Wyoming, the mission refused to hire a “self-proclaimed ‘non-Christian’” for a thrift store associate’s job.

The post required that teaching workers in the group’s Discipleship Recovery Program “spread the Gospel and model Christ.”

The nonprofit said the recovery program uses a one-year “Bible-based addiction recovery model” to address the needs of those with alcohol and drug addiction.

The mission claims it was allowed to restrict such jobs to Christian believers, in keeping with its religious mission, and cited exemptions in the state’s Fair Employment Practices Act of 1964 and Title VII of the federal Civil Rights Act of 1964.

A potential applicant, who was not named in the mission’s Tuesday’s lawsuit, brought a discrimination charge over the application’s requirements and a 16-month investigation ensued.

While the federal EEOC did not immediately sue the rescue mission, the state workforce agency wanted to force the nonprofit into a conciliation process that would include paying back pay, refrain from religious hiring practices, and submit to the agency’s monitoring its compliance.

Mission officials say they are not posting jobs on their website and have left an open thrift store position unfilled, fearing scrutiny by the state agency.

“The Wyoming Rescue Mission is doing exceedingly important work to uplift the Casper community by providing free meals, shelter, recovery programs, job training, and hope. The mission’s hiring practices, including its ability to hire like-minded employees who subscribe to its faith, are essential to fulfilling its calling,” Ryan Tucker, an Alliance Defending Freedom senior counsel and director of the group’s Center for Christian Ministries, said in a statement.

The Wyoming case is not the only recent one involving Christian rescue missions and job applicants who don’t support traditional evangelical beliefs.

Matthew Woods, an attorney, sued the Seattle Union Gospel Mission over not being hired for a job because he didn’t conform to the group’s rules. The Supreme Court of Washington ruled that nonprofit employment exemptions do not apply unless workers are ministers.

In March, the U.S. Supreme Court refused to hear the case but the justices said they might consider it in the future.

The Washington Times has contacted the Wyoming Department of Workforce Services and the EEOC for comment.