The Great Days > News > Young men in parts of Chicago, Philly at greater risk of death than soldiers in Iraq, Afghanistan
News

Young men in parts of Chicago, Philly at greater risk of death than soldiers in Iraq, Afghanistan 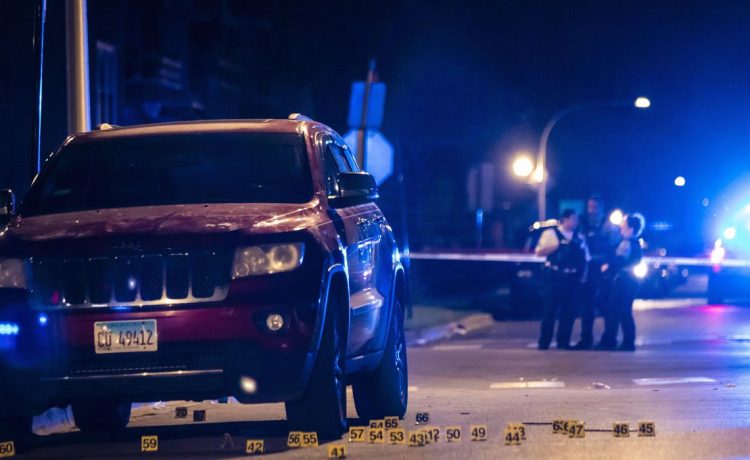 Young men who live in the most violent zip codes in two major American cities faced a greater risk of being shot and killed than did soldiers in the Iraq and Afghanistan wars, according to a new study.

A study led by Brown University researchers found that young men between the ages of 18 and 29 living in Chicago’s most violent zip code (2,585 men) were more than three times as likely to be the victim of a gun-related homicide than soldiers serving in Afghanistan would suffer a “combat death.”

In Philadelphia, young men in the city’s zip code with the highest amount of gun violence (2,448 men) were nearly twice as likely to be killed by a gun than soldiers in Afghanistan.

When comparing the two most violent zip codes with how soldiers fared in Iraq, the study found that the threat of gun-related homicide was still noticeably higher in Chicago than combat in Iraq but the rate in Philadelphia was comparable.

The young men affected by gun violence were overwhelmingly Black and Hispanic (96%) across all four cities in the study, which also included New York and Los Angeles.

“We often hear opposing claims about gun violence that fall along partisan lines: One is that big cities are war zones that require a severe crackdown on crime, and the other is that our fears about homicides are greatly exaggerated and don’t require drastic action,” said study author Brandon del Pozo, an assistant professor at Brown University who previously served 23 years as a police officer in both New York City and Burlington, Vermont.

“We wanted to use data to explore these claims — and it turns out both are wrong,” he continued in a press release. “While most city residents are relatively safe from gun violence, the risks are more severe than war for some demographics.”

However, researchers found that the most violent zip codes in both Los Angeles and New York were safer than Afghanistan or Iraq.

The study analyzed information on all fatal and nonfatal shootings of young men that were recorded as crimes in 2020 and 2021 in the four cities, which researchers said they chose because they were the largest cities with public data on gun violence victims.

Researchers compared that data with the combat-related mortality data and injury counts for the Iraq and Afghanistan wars during their periods of active combat. In Iraq, that was 2003-09 and in Afghanistan that was 2001-14.

The study is titled “Comparing Risks of Firearm-Related Death and Injury Among Young Adult Males in Selected US Cities With Wartime Service in Iraq and Afghanistan,” and was published in JAMA Network Open last week.