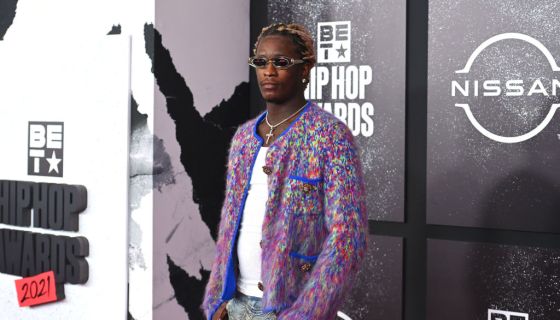 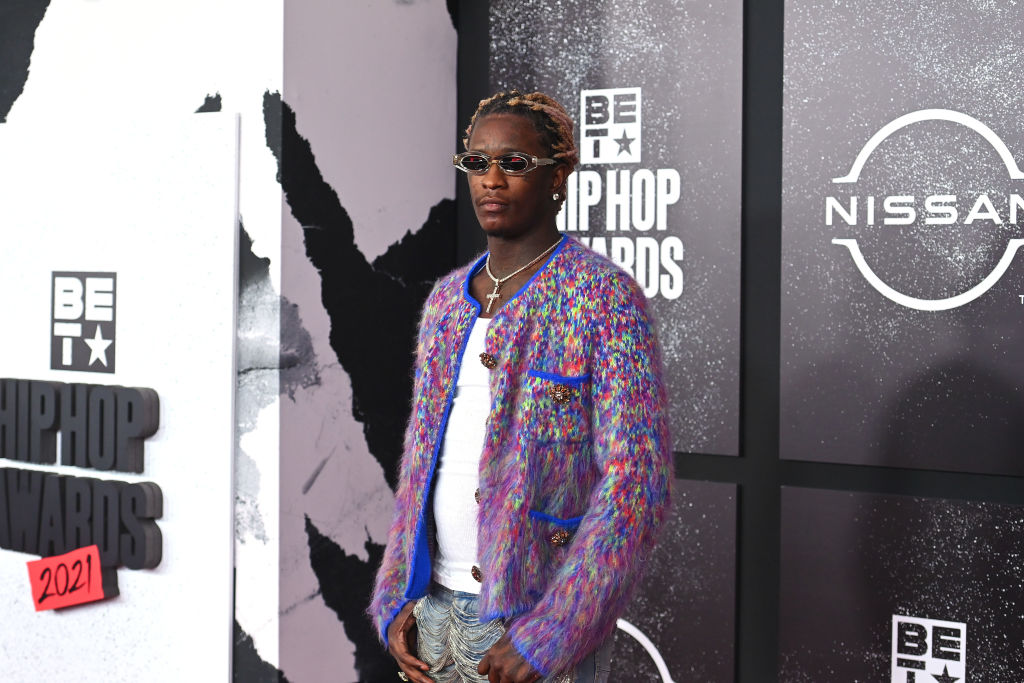 Young Thug has been hit with a set of new charges ahead of his upcoming RICO trial related to an event earlier in the year.

In January Young Thug, Gunna and over two dozen other members alleged to be part of the street gang Young Slim Life will head to trial. All the members were arrested earlier this year on a YSL RICO case brought forward by Atlanta District Attorney Fani Willis. Since their arrest Gunna and Young Thug have maintained YSL is a record label.

According to WSBTV, the Fulton County District Attorney’s office is placing new charges on Young Thug. The new charges stem from an incident in May where Thug was driving recklessly. Allegedly Young Thug was doing 120 mph on Interstate 85. He is now facing additional charges for street racing, reckless driving and speeding. Thugger’s attorney Brian Steel responded to the new charges stating the rapper is innocent of all the charges facing him. Steel then shared a statement from Young Thug on the tragic shooting that took place outside Atlantic Station. The gang-related shooting resulted in the death of 12-year-old Zyion Charles and 15-year-old Cameron Jackson.

“The effects of gun violence on individual and communities in Atlanta runs deep with many more families having to mourn their loved ones,” Young Thug said in a statement. “We have to make our community safe. I vow to use my influence to help stop the violence in Atlanta, and around the world.”

Of course it was pointed out that Thug was making this statement while facing the most intense gang charges seen in Atlanta in a long time. This prompted a strong response from Mr. Steel.

“They should come to the trial,” Steel said. “He’s committed no crime. And Mr. Williams will do whatever he has to do and has done a great deal to try to have non-violence in our community. Mr. Williams is not the head of any criminal street gang, he’s not involved in any type of criminal activity that involves any type of violence.”

“I hope everyone in our community will do everything in their power to reduce gun violence. We see too many young people killed, injured, or imprisoned because of the havoc caused by gun crimes across Fulton County and the nation. That said, everyone in our community is held accountable for violating the law, especially when their crimes involve gun violence and gangs.”