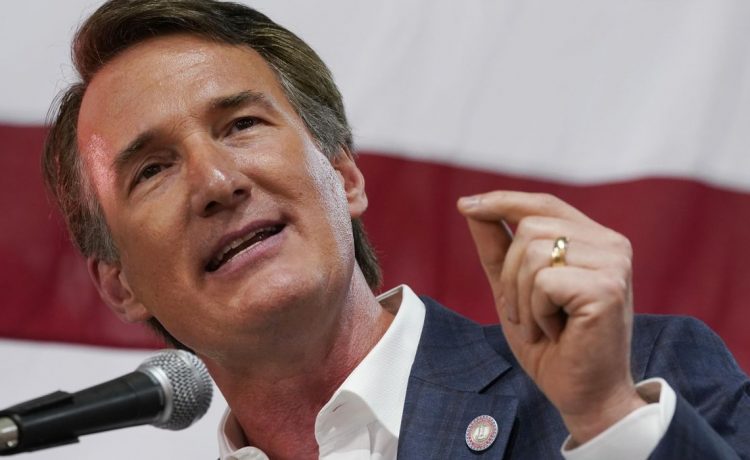 Virginia Gov. Glenn Youngkin has been stepping up his out-of-state appearances to help Republican gubernatorial candidates across the country, which is feeding murmurs about his presidential ambitions.

Mr. Youngkin toured several states over the summer to help GOP candidates. On Wednesday, he traveled to Maine to stump for Republican gubernatorial hopeful Paul LePage.

Over the summer, Mr. Youngkin traveled to Michigan to campaign for Republican Tudor Dixon in her bid to oust Democratic Gov. Gretchen Whitmer. He traveled to Colorado to stump for Heidi Ganahl, the GOP nominee for governor.

He also spoke at a Nebraska GOP convention, stumped with candidates in Nevada and met with Republican megadonors in New York.

It’s fueling chattering that Mr. Youngkin, who burst onto the political scene with an upset win over Democrat former Gov. Terry McAuliffe last year, could be eyeing a higher office — maybe the White House.

Mr. Youngkin focused his campaign on kitchen table issues, zeroing in on education and economics. Republican candidates in Virginia and beyond have since borrowed from Mr. Youngkin’s playbook for the midterm races.

The governor also launched two political groups earlier this year, which are allowed to accept donations of unlimited size.

In response, Democrats ramped up attacks on Mr. Youngkin for venturing far beyond the governor’s mansion in his first year in office.

In a press call on Wednesday, Virginia Democratic lawmakers and party leaders accused Mr. Youngkin of being missing in action in the state.

“Today, all of our state legislators are back in Richmond doing the job that they were elected to do, conducting the business of our Commonwealth,” said Susan Swecker, Virginia Democratic Party chairwoman. “Where is our governor? Once again, he’s out-of-state.”

Democratic state Del. Don Scott wrote in an op-ed in the Richmond Times-Dispatch that Mr. Youngkin’s personal ambitions were hurting the state.

“While focusing on his presidential run, it doesn’t matter to Youngkin how his agenda will hurt real Virginians. He was looking for a promotion before he even took the job,” Mr. Scott wrote.

However, Mr. Scott penned the op-ed a week after making his own trek to Maine, a juxtaposition that drew howls from Republicans.

“Partisan Democrats in Virginia have spent the better part of the last decade overtaxing Virginians, telling them what cars to drive and shoving parents out of their kids’ classrooms. The governor donates his salary and pays for his political travel. This is a baseless partisan attack against a governor rising in popularity for following through on his promises,” Ms. Porter said.

Virginia state Sen. Tommy Norment, the current minority leader, said he wants to see the governor shift his position back to the state.

“I am hopeful he will intensify his focus on the commonwealth’s issues,” Mr. Norment told the Times-Dispatch.