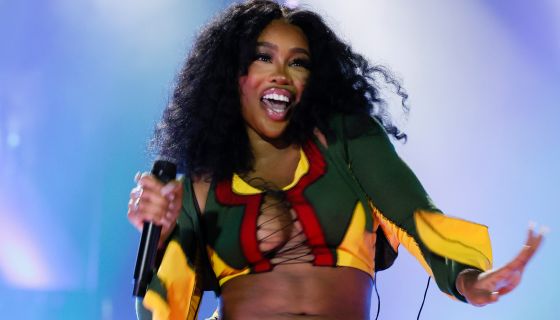 Back at it again with more tidday meats and treats amid an eventful week dominated by Porsha and Simon‘s spectacular wedding ceremonies, Kanye being ordered to pay Kim K $200K/month in child support, Fantasia celebrating her honorary SGRho membership, LeBron James giving the media a well-deserved dragging, Dwyane Wade firing back at his ex-wife (AGAIN), Monique Samuels confirming she’s leaving ‘LAMDC,’ Harper, Lance and the gang returning for The Best Man: The Final Chapters, and much more.

As expected, we’ve compiled swoon-worthy stunners (and our thirst-trappin’ celebrity faves) with Mariah The Scientist making her return to the series while scorching stages on Rod Wave‘s Beautiful Mind tour.

The emerging star recently released her newest single and visuals for “Bout Mine”–a sultry track that chronicles Mariah yearning for clarity in a complicated situationship.

Check it out below:

“Bout Mine” follows the March 2022 release of her buzzy EP Buckles Laboratories Presents: The Intermission.

The 4-song release displayed her innate ability to craft catchy-yet-relatable songs about the complicated nature of modern love.

This week’s compilation features Ciara delivering heat along with SZA, and Rubi Rose giving us what we needed.

There’s also big baddie energy from Bernice Burgos, Rosa Acosta, and LightSkinKeisha so feast your eyes on these beauties and enjoy the latest helping of tidday meats and treats on the flip.