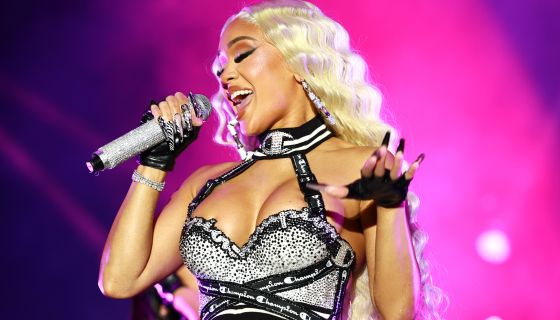 Back at it again with more tidday meats and treats amid an eventful week dominated by the hilariously boozy Golden Globes, Naomi Osaka announcing that she’s expecting a baby with Cordae, Ne-Yo expecting another child with baby mama Sade, Gunna‘s rocky return to social media, Jonathan Majors GOING AWF in the Ant-Man & The Wasp: Quantumania trailer, and much more.

As expected, we’ve compiled swoon-worthy stunners (and our thirst-trappin’ celebrity faves) with Yung Miami making her return to the series after stunning at the star-studded BMF premiere in LA.

This week’s compilation features Chlöe Bailey delivering heat along with Rubi Rose and Ashanti giving us what we needed.

There’s also big baddie energy from Saweetie, Ari Fletcher, and Ayisha Diaz so feast your eyes on these beauties and enjoy the latest helping of tidday meats and treats on the flip.