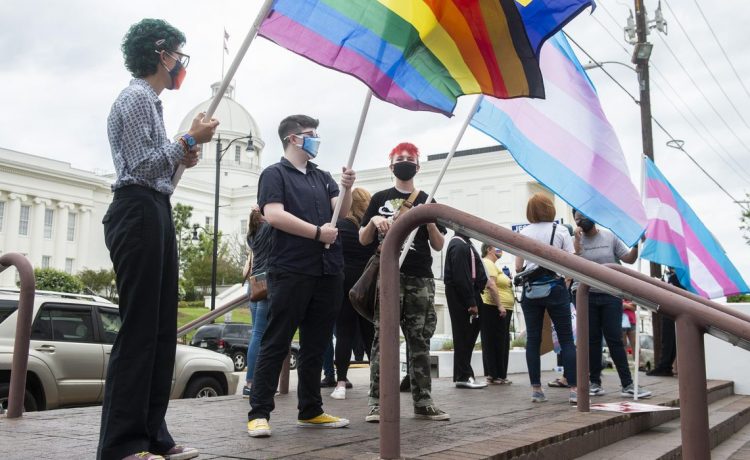 Making gender-transition drugs available to transgender youth is supposed to reduce suicide, but newly released research indicates that rates are on the rise in states where minors may access hormones and puberty blockers without parental consent.

A study by the conservative Heritage Foundation published Monday found that from 2010-20, the suicide rate spiked by 1.6 per 100,000 residents ages 12-23 in states where minors don’t need their parents’ permission to undergo routine medical care.

That represents a 14% increase in the suicide rate in states with more lenient policies. Before 2010, the two groups of states “did not differ in their youth suicide rates,” said the paper.

“Rather than being protective against suicide, this pattern indicates that easier access by minors to cross-sex medical interventions without parental consent is associated with higher risk of suicide,” said Mr. Greene in the report.

The results come as a direct challenge to the LGBTQ movement’s chief arguments against state bills to ban minors from undergoing medical gender transitions: That preventing them from doing so increases their risk of suicide.

Such treatments are often described as “gender-affirming health care,” “medically necessary care,” and “life-saving care,” given that transgender youth are “more than four times as likely to attempt suicide than their peers,” according to studies cited by the Trevor Project.

A 2022 survey by the Trevor Project, a suicide prevention and mental health organization for LGBTQ youth, found that more than half of transgender and nonbinary young people considered suicide in the previous year.

Three states — Alabama, Arkansas and Tennessee — have passed laws banning gender-transition drugs and procedures for those under 18. A federal judge last month blocked parts of the Alabama law, which makes it a felony to provide such drugs to minors.

“The escalation of state policies that are harmful to LGBTQ people will only heighten and intensify experiences of rejection and discrimination and could lead to an increase in suicidal ideation,” said the Trevor Project and American Foundation for Suicide Prevention in a March 23 statement. “Whether it’s limiting conversations around the broad topics of gender identity and sexual orientation or making gender-affirming care for a trans teen a felony, our organizations recognize the challenges the LGBTQ community is facing at this time.”

But according to the Heritage research, increased access to gender-transition therapies may be doing more harm than good.

“At a minimum, the results presented in this Backgrounder demonstrate that efforts to lower legal barriers for minors to receive cross-sex medical interventions do not reduce suicide rates and likely lead to higher rates among young people in states that adopt those changes,” said Mr. Greene.

Truth about the Trans-formation of our kids: Where “puberty blockers” were readily available, suicide actually rates went up. pic.twitter.com/KDaWK6yGkM

He recommended that the 33 states and District of Columbia that allow minors to obtain routine medical care without parental consent consider revising their laws.

“States should also adopt parental bills of rights that affirm that parents have primary responsibility for their children’s education and health, and that require schools to receive permission from parents before administering health services to students, including medication and gender-related counseling to students under age 18,” Mr. Greene said.

“This is making the rounds. It’s a paper from the conservative @Heritage Foundation claiming to show gender-affirming care increases suicidality,” tweeted Dr. Turban. “The methodology and conclusions are absurd, which is likely why they didn’t submit it for peer review.”

On the other side was Ryan T. Anderson, president of the conservative Ethics and Public Policy Center, who called the study “one of the best papers that has been produced so far on this issue.”

“There are no good studies that evaluate these. They rely on convenience samples, not representative samples. There are no controls for causality,” Mr. Anderson said at a Heritage-sponsored panel. “Now we have one of the first papers that actually tries to use robust methodology, a rigorous model, to evaluate the impact of laws that allow children to transition without parental involvement.”

The number of U.S. pediatric gender clinics has grown to more than 50 since the first one was founded in 2007 in Boston, according to the Human Rights Campaign interactive map.

“Unfortunately, many parents are being told they have a choice between a living son or a dead daughter. They’re then being told that puberty-blocking drugs, cross-sex hormones and possibly even sterilizing surgeries are the only thing that will save their child’s life,” Mr. Anderson said. “These are entirely experimental, microscopically new, when you look at the timeline of human history.”