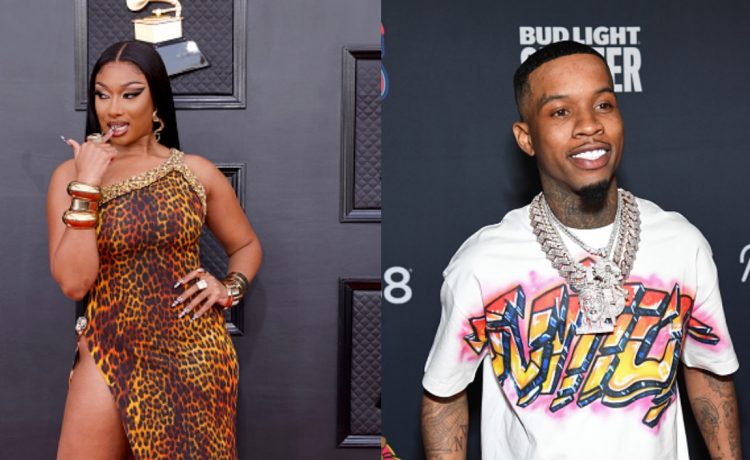 The Tory Lanez and Megan Thee Stallion saga continued yesterday with minor updates in a Los Angeles County courtroom. There have been so many twists, turns, and drama in the case its hard to keep up, but on September 14, the case will finally be put on trial.

Last month, Megan Thee Stallion had an exclusive interview with Gayle King and broke down her side of the story from her perspective.

“I never put my hands on anybody, I never raised my voice too loud, like this was one of them times where it’s like it shouldn’t have got this crazy,” she said. “All I hear this man screaming is, ‘dance, bitch,’ and he starts shooting, and I’m just like ‘oh my God…’ like he shot a couple of times.”

Tory Lanez and his legal team made it clear their side isn’t talking and leaks aren’t coming from them.

While in court yesterday, Lanez’s lawyer Shawn Holly spoke to the leaks in the case and the discovery and revealed they aren’t coming from Tory or his camp. In fact, he revealed Tory declined the discovery so he wouldn’t even be accused. Holly and his team also spoke about Megan’s Gayle King interview escalating things and even says CBS offered him an interview for a chance to counter her claims, which they denied.

The District Attorney mentioned DJ Akademiks regarding leaks, but Akademiks has maintained he didn’t get any “leaked” material from Tory or anyone connected to him.

“Since the last court date, it was apparent there were some leaks of part of the discovery to the members of the public. Mainly there was an individual identified as DJ Akademiks has made additional comments that he had access to the police report. Again, we’re trying to ascertain the source of the reports or the source of the leaks at this moment, but my concern obviously is the way the leaks are being disseminated. They are being extrapolated in a certain way to mislead in my opinion.”

The entire court hearing lasted around five minutes and as far as who is leaking, we might never get an answer. Almost two years later and the case is still ongoing but hopefully, that will end in September.