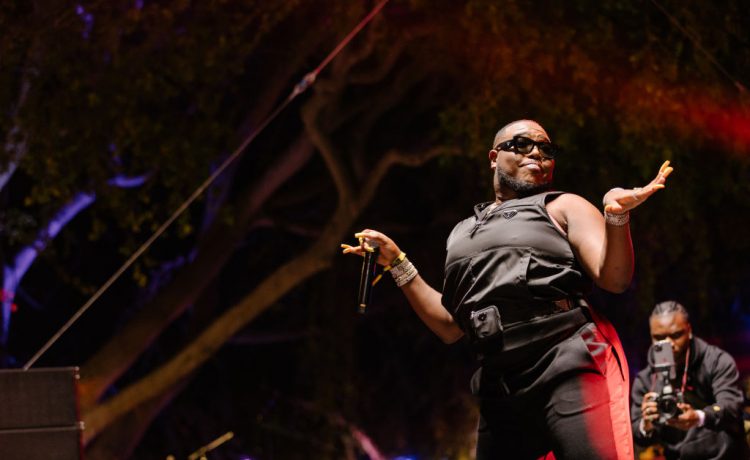 Yikes! Keri did that so you ain’t have to go through that! 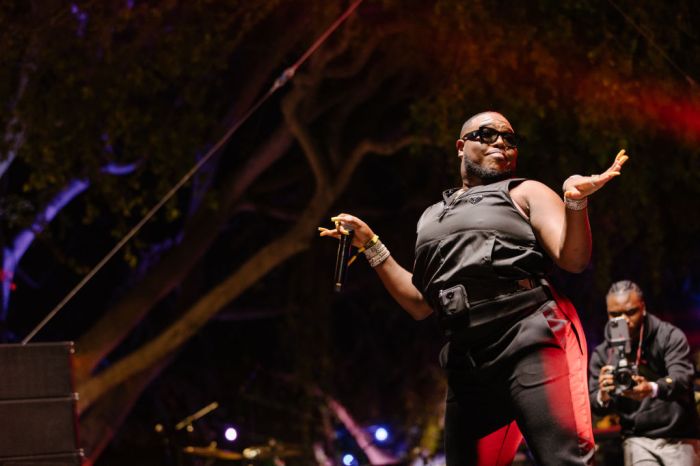 The “Material Gworl” is on the Summer Jam screen literally and figuratively, but not because of his hit song. Hot New HipHop reports Saucy Santana got into a heated exchange with Beatking about his old comments bashing baby Blue Ivy’s “nappy hair.” On the same day that Santana dropped the new single “Booty” featuring Latto (and, ironically, a sample of Beyoncé’s iconic “Crazy in Love”), some nasty 2014 tweets resurfaced. Santana held his own against the internet backlash but got into it with BeatKing over a warning to apologize before performing in Houston, the home of Queen Bey and the Hive.

Santana didn’t back down to critics who called him anti-Black for making fun of Blue’s natural hair, calling them haters. However, many of the “fake woke ass b*tches” dragging him for comparing Blue to Kanye and Kim’s biracial daughter North were fans of Santana. The ugly comments from then-20-year-old Santana were enough of a scandal before he seemed to double down while taking accountability.

“Stop all that cap! Tryna ruin ppl Careers cuz you at home miserable and broke. I was miserable and broke too making childish, hateful tweets in 2014. I’m 28 years old. A grown ass adult. A completely different mindset on life from when I was 20. But, yall knew dat,” the Miami rapper admitted.

Beatking hopped on the bandwagon, tweeting a warning that Santana should apologize before pulling up to Bey’s home turf this weekend.

“Bruh you need to just apologize on stage tomorrow at Summer Jam ’cause you got a whole show in Houston tomorrow and the Houston BeyHive hit a lil different,” the H-town native tweeted.

Santana clapped back, accusing him of “tryna get a moment” because they had each other’s numbers to discuss the issue privately. Mentioning that Beatking previously hit him up for help to collaborate with Santana’s best friend, Yung Miami, just made the mess even messier.

“Soooo you saw the text and didn’t reply lol but you can reply on Twitter about apologizing to a child. Was just tryna warn you about my city (PUBLICLY) to maybe ease the tension tomorrow but you got it,” Beatking responded.

“I ain’t reply because I couldn’t help you! Just like [I don’t] need you to help me. Why would I go to a show and apologize to a crowd?” Santana asked before promising to “show you how to do this sh*t [tomorrow]”

Welp! Santana never refused to apologize, but he repeatedly questioned why he’d do it publicly instead of directly directing it to Bey and Blue. Either way, it’s still not a great look, and plenty of people in both fan bases feel some type of way about how it all went down. Although Santana’s ready  to move on since so much time has passed, “one thing about the comments, they are NOT on your side!”

The hive was already on standby, waiting for an announcement after a suspicious purge of pics from the private super star’s social media accounts.

Hopefully, Santana can make things right before the hive runs up with their stingers out.

Do you think Santana should publicly apologize? Is there an expiration date on getting canceled?