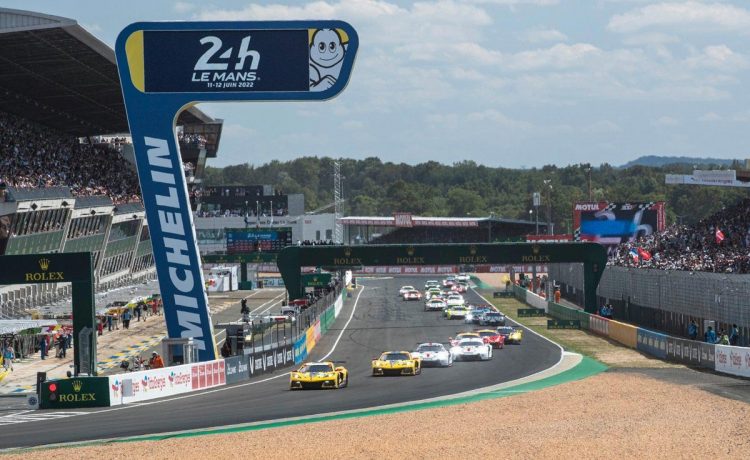 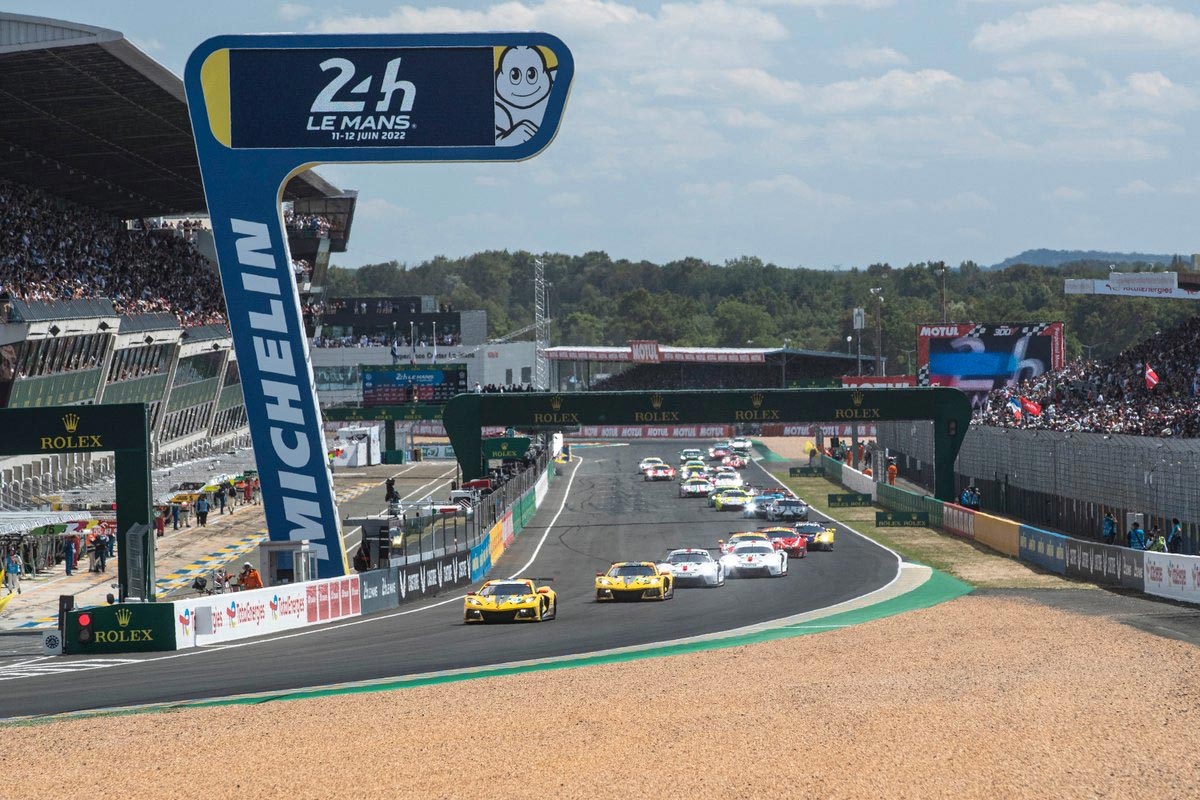 Antonio Garcia was in the early part of his second rotation in the race-leading Corvette after he, Jordan Taylor and Nicky Catsburg each cycled through a double-stint each into the dusk. Garcia began second but took the lead from Nick Tandy in the No. 64 Mobil 1/SiriusXM Corvette in the opening 90 minutes. Tandy, Milner and Alexander Sims caught the wrong end of a slow zone to fall off the pace of the sister car in the third hour. 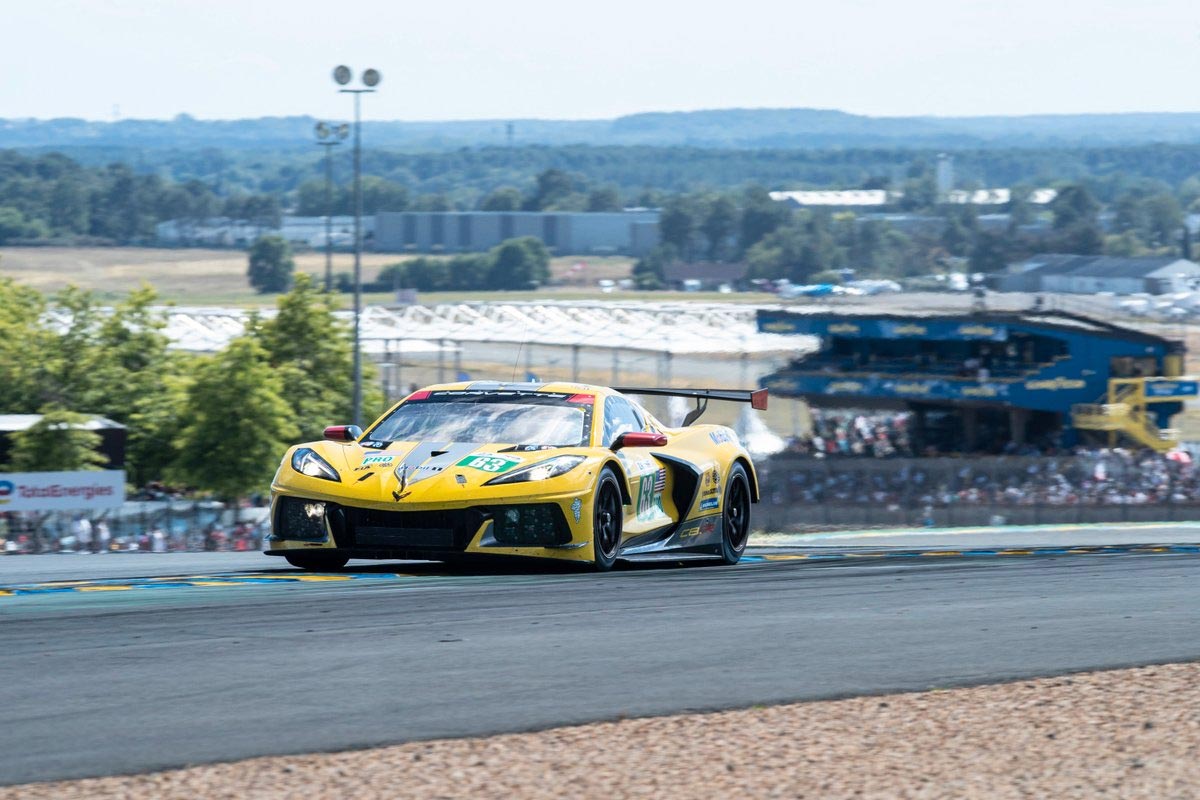 Tandy got back in the No. 64 C8.R near the six-hour mark in second place and ran about 40 seconds behind Garcia as the race moved toward the halfway point.

Corvette Racing’s next update will come after the 12-hour mark. 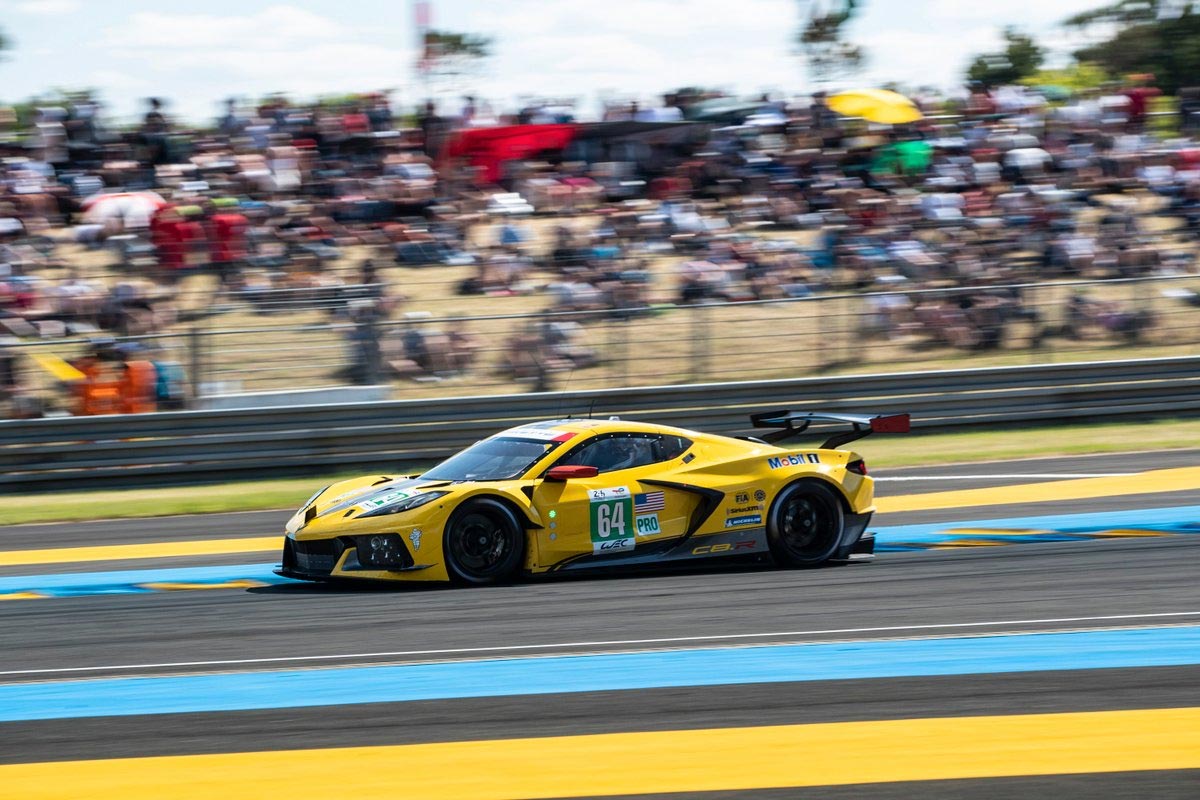 “It’s good. It was my first time in the car being this hot, and it was a bit of an unknown as to how the car would behave. I was happy with the setup and we were pulling away from the Porsches, especially in the first stint where I tried to stay in contact with Nick. During the second stint, traffic was a key part but I was still working to pull away from the rest and I could see Nick until he had his issue into Mulsanne. We’re still 1-2. It seems like we have the pace so let’s try to keep it up and see how the night goes. We are wondering how tomorrow will go with even hotter conditions than today. It will be another unknown.”

More on the conditions: “Tonight will be better. From here though tomorrow afternoon, temperatures will start to cool off a little bit. That will hopefully make it a little easier.”

“So far, so good. Antonio was able to get us into the lead by about 10 seconds. As soon as I got in, we got lucky with a slow zone and extended the lead. The car was really good. It was probably the warmest the track has been all week; we were on our alternate compound, which we haven’t done much running on. That was a bit of a question mark on how the car would handle it. Thankfully the double-stint wasn’t too bad and the pace was able to stay all the way through it. Looking ahead to tomorrow, where it’s going to warm up again, it’s promising for us if we’re still in the fight for it. Now we’ll get back to our preferred compound and see how that goes during the night.”

“It went well. On the opening stint you always have to get in the rhythm. The car did what it was supposed to do. We didn’t have any incidents. We maintained our gap. What more could you ask for, you know? It was a little bit of an up-and-down when judging the pace and what to do with the car in some places. No incidents so far… no damage, no touches, no punctures, no failures, no mistakes. That’s what we need.”

“You saw there were a lot of different tire strategies in play there. Some guys took new ones on the first stop and some of us not. I lost a little bit at the end of my stint trying to get the front tires to work after the slow zones. It was frustrating. The first half of my first stint… I don’t think I had a clear lap until my 10th or 11th lap. That’s the way it goes sometimes. You try not to make mistakes in those situations.”

“It’s far and away hotter in the air and especially on the track that we’ve seen in practice. Everyone is learning. You see some different strategies with cars doing single stints on tires and double stints. For us it was going quite well. I had an issue on downshifting due to some brake locking at Mulsanne and had to bail out and around the round-about. It’s also very difficult out there with traffic because everyone is finding this strange situation with the grip of the track. There’s a lot of aggression because people aren’t feeling the car the same way as during practice, which is tough for us to deal with. It’s a good start with a long way to go. I’m looking forward to getting back in when the track is cooler.”

“It was good fun. We had sensible pace, I think. We’re coming into conditions where our tires seems to be working a bit better. Our pace is solid and as good as anyone. It’s a long way to go yet but we’re still in the fight.”

Corvette Racing will contest the 24 Hours of Le Mans on June 11-12 with the green flag set for 4 p.m. CET and 10 a.m. ET. MotorTrend TV and MotorTrend Plus will air the race live. Live audio coverage will be available from Radio Le Mans starting with Wednesday’s first official practice session.

Corvette Racing at Le Mans: Hyperpole for Tandy, No. 64 Corvette