The Great Days > Automotive > Corvettes for Sale: Barn-Fresh 1964 Corvette with Surprise Engine Under the Hood
Automotive

Corvettes for Sale: Barn-Fresh 1964 Corvette with Surprise Engine Under the Hood 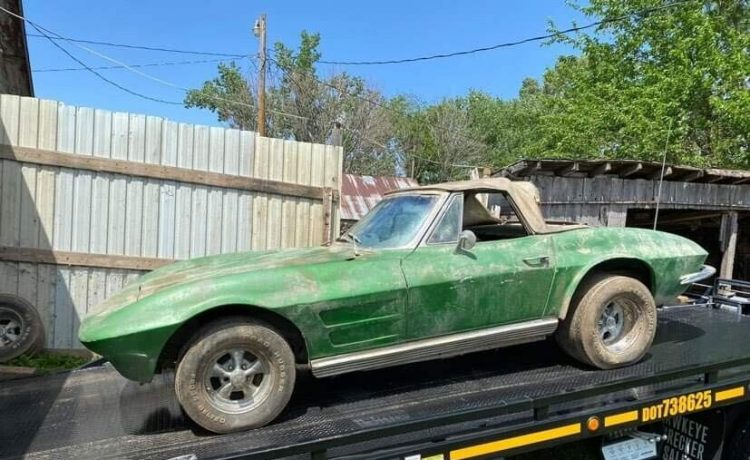 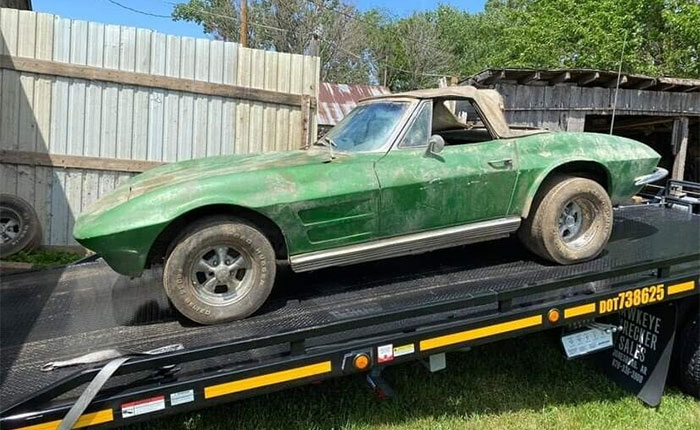 This 1964 Corvette convertible – which was recently pulled from a barn – has a surprise under the hood, and now the owner is hoping someone will bring it and the rest of the car roaring back to life. 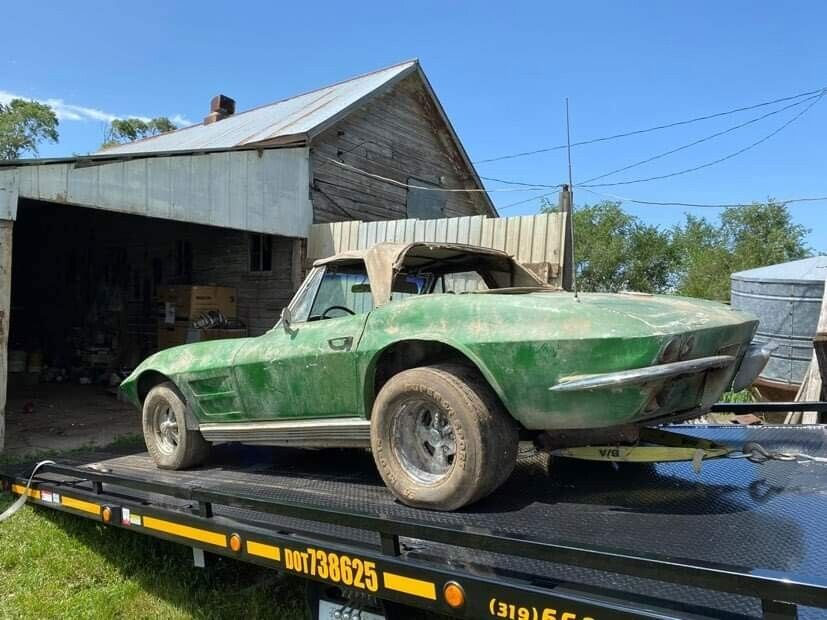 Before this classic C2 Corvette wound up in the shed where photos show it being removed, the car had what “appears to be” a 350 LT1 engine installed under the hood.

Despite being told that the car has had the same owner since 1973, the seller (perhaps a recent buyer himself?) doesn’t seem to have very much information about this “new” powerplant. We’re assuming it’s from a 1970-72 Corvette when horsepower would have been rated from 255 to 370 depending on the year as the method of figuring that changed in ’72. Likewise, no word on whether the engine is still running nor how much effort would be needed to get it going again, if it’s not. 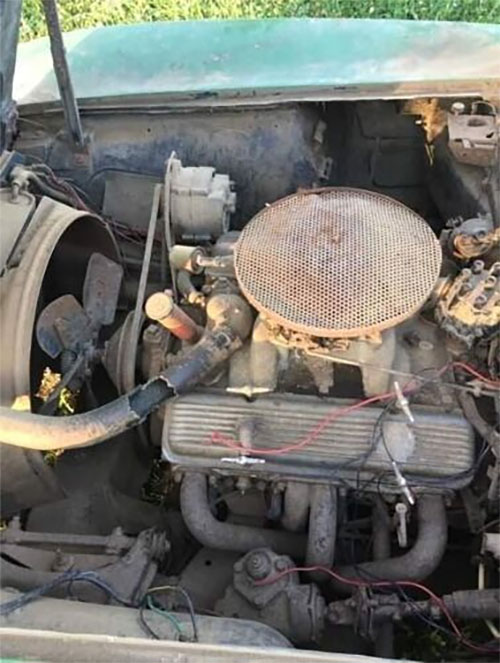 The exterior, now coated in a nasty non-stock shade of green, originally left the factory in Satin Silver based on the trim code provided in the listing photos. It will need to be repainted, but the body doesn’t seem to show signs of major damage.

No word either on the condition of the frame, but we’d be inclined to think positively since the owner had the car for 49 years and hopefully kept it in the dry all that time. 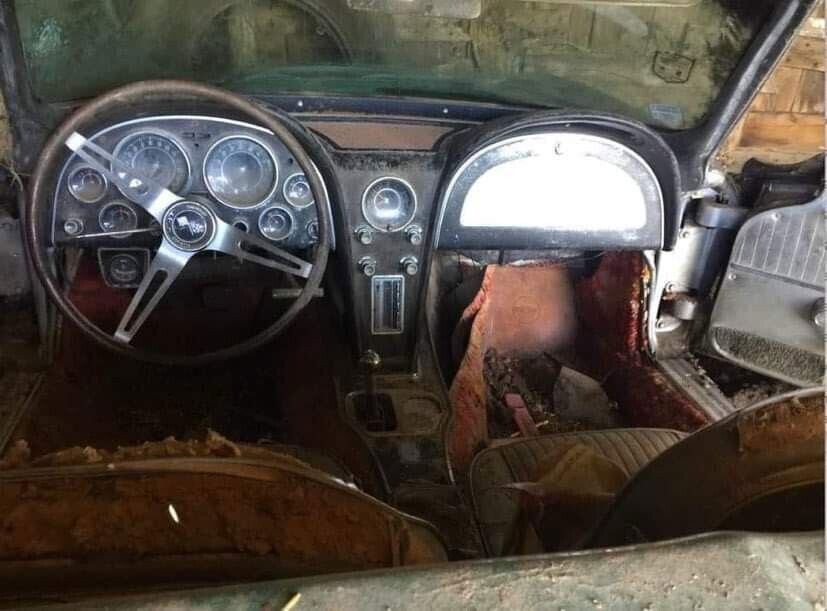 Meanwhile, the interior definitely will need an update, with new seat covers and carpet for starters, but the good news is that the major parts like the instrument panel, glove box door, and console are still there.

As the seller points out, “the car appears to be complete” and he’s even including an extra set of wheels (though we wish the missing front bumpers were part of the deal, too).

He believes that this classic Sting Ray needs a restoration but is optimistic that “it has great potential” to be whatever a new owner desires. Could that be you? 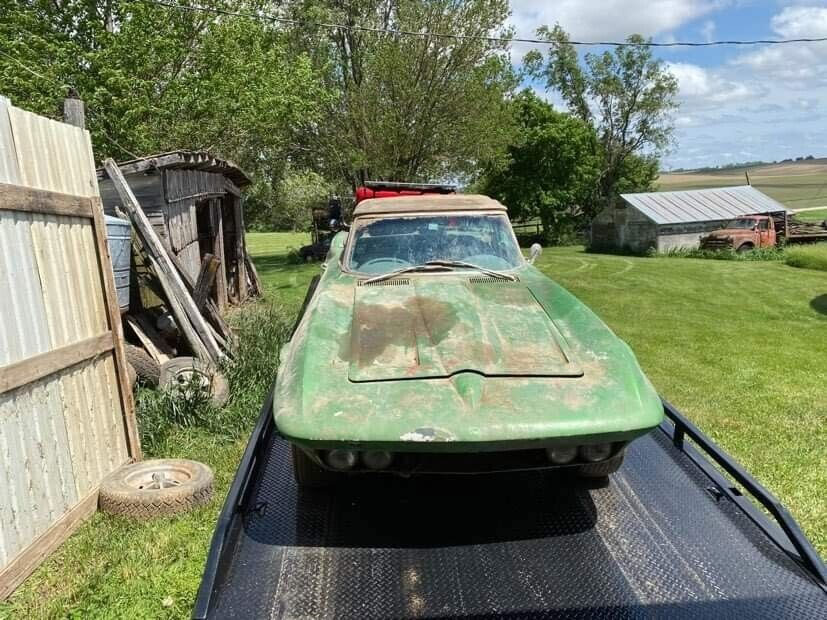 What Would You Build With This C2 Corvette 427/400-hp Chassis Offered at No Reserve on Bring a Trailer?

Corvettes for Sale: 1976 Corvette with 4-Speed Offered on Craigslist